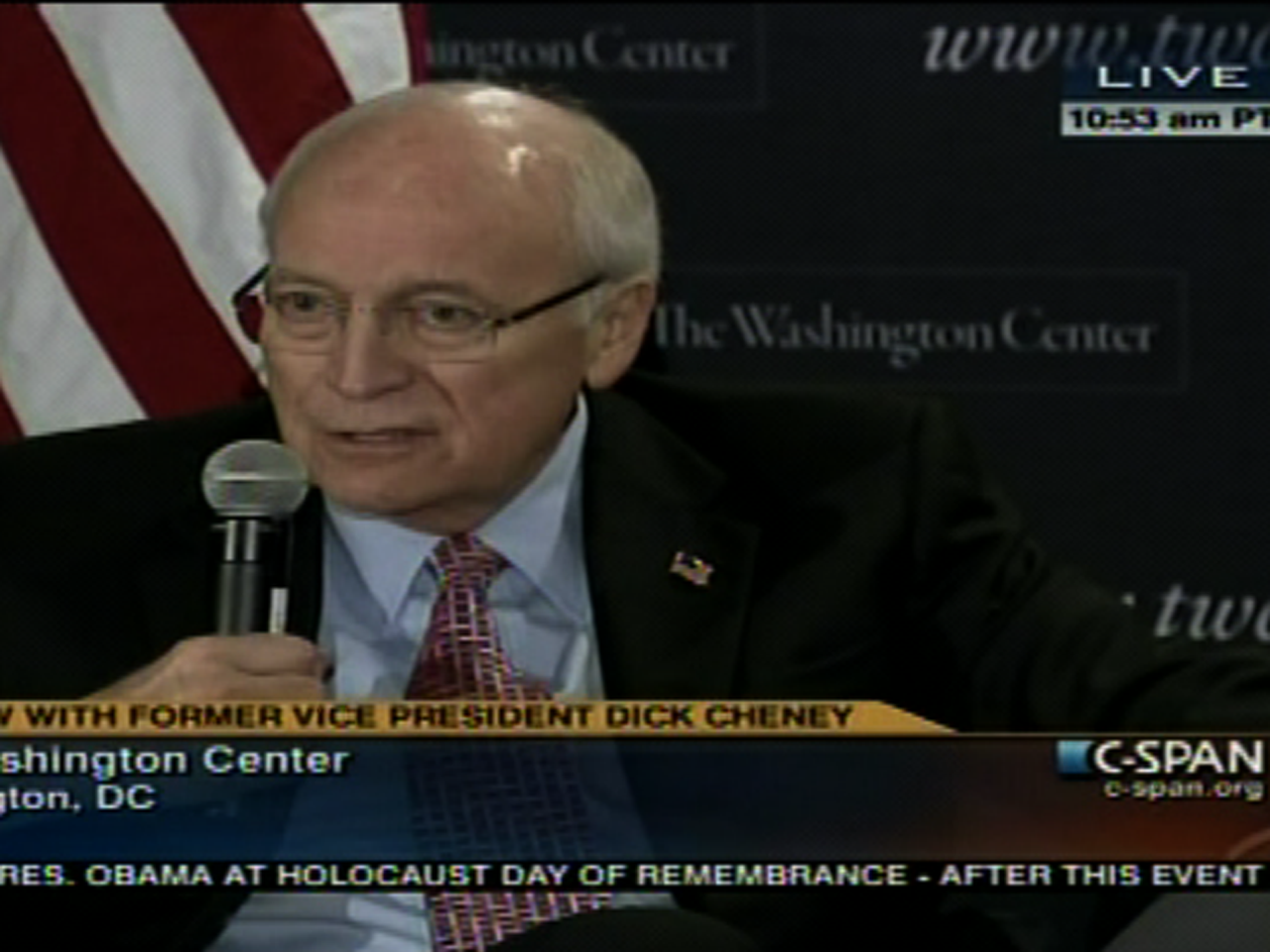 In his second speaking engagement since heart transplant surgery last month, Cheney stressed the importance of the pick. He called it "the first presidential level decision the public" will see Romney make, and suggested the candidate will be judged on the choice.

"The single most important criteria has to be the capacity to be president - that's why you pick him," Cheney said. Cheney led the vice presidential search team for President George W. Bush before he was tapped as Mr. Bush's running mate.

Cheney, who cited involvement in "a couple of vice presidential searches, some more successful than others," said "talking heads" will call for a vice presidential candidate who's a woman, Hispanic or who is from a "big state."

"Those are interesting things to speculate about," Cheney said. "It's pretty rare that the election turns on those kind of issues."

Cheney spoke Monday at the Washington Center to a group of student interns about his memoir, "In My Time."