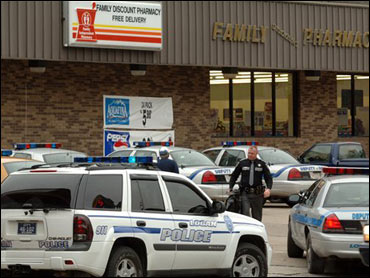 From the Nixon Administration to the Gulf War and beyond, Richard Bruce "Dick" Cheney has been a role player in the theater of Washington politics and international business.

Born in Lincoln, Nebraska on January 30, 1941, he attended Yale University but took his Bachelor's and Master's degrees in political science from the University of Wyoming. In 1963, he was an intern at the Wisconsin legislature. In 1966 he served as a staff aide to Wisconsin Governor Warren Knowles.

As a congressional fellow in 1968, he came to Washington and joined the staff of U.S. Representative William A. Steiger, a Wisconsin Republican.

He began his government work as an assistant to Office of Economic Opportunity director Donald Rumsfeld, then became a staff assistant in the Nixon White House in 1971. He soon moved to the Cost of Living Council before leaving for a job at the investment firm Bradley, Woods and Company in 1973.

In 1978, Cheney was elected to the first of five terms in Congress from Wyoming. In 1988 he was elected a sixth time and was chosen as a party whip for the 101st Congress before incoming President George Bush picked him to be secretary of defense after John Tower's nomination failed.

According to the official Defense Department history of his term, Cheney opted to concentrate on "external affairs" rather than on managing day to day operations at the Pentagon.

His toughest political decision may have been his choice to leave Pentagon regulations on homosexuals in the military as they were, providing Arkansas Gov. and Democratic presidential nominee Bill Clinton with an issue to use in the 1992 campaign.

Cheney oversaw the U.S. military during the first years of the post-Cold War era, and several of the crises he faced reflected the changing global environment. Cheney was instrumental in planning the December 1989 Panama invasion that unseated Gen. Manuel Noriega and Operations Desert Shield and Desert Storm of 1990-1991.

In June 1991, President Bush awarded Cheney the Presidential Medal of Freedom for "preserving America's defenses at a time of great change around the world."

After leaving the Pentagon, Cheney took work as a senior fellow at the American Enterprise Institute, a think tank, before becoming CEO in October 1995 of the Dallas, Texas-based Halliburton Company, which provides services t the oil industry.

He has served on the boards of directors of the Union Pacific Company, Electronic Data Services, and Procter & Gamble, as well as on an oil advisory board for the country of Kazakhstan.

According to FEC records, Cheney and his wife gave over $30,000 in political contributions to federal candidates between 1997 and 2000.

Currently an American Enterprise Institute scholar on education and culture, Lynne V. Cheney, who holds a Ph. D. in British literature, served two terms as chairman of the National Endowment for the Humanities and edited Washingtonian Magazine from 1983-1986. An author of three books, she writes and speaks widely as an expert on education matters.

The couple has two daughters, Elizabeth and Mary.