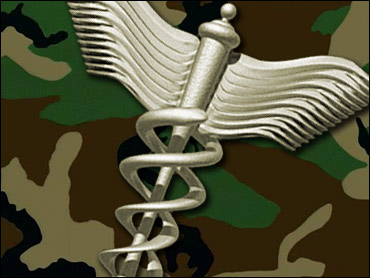 An environmental contractor dramatically underreported the level of a cancer-causing chemical found in tap water at Camp Lejeune, then omitted it altogether as the Marine base prepared for a federal health review, an Associated Press review has found.

The Marine Corps had been warned nearly a decade earlier about the dangerously high levels of benzene, which was traced to massive leaks from fuel tanks at the base on the North Carolina coast, according to recently disclosed studies.

For years, Marines who served at Camp Lejeune have blamed their families' cancers and other ailments on tap water tainted by dry cleaning solvents, and many accuse the military of covering it up. The benzene was discovered as part of a broader, ongoing probe into that contamination.

When water was sampled in July 1984, scientists found benzene in a well near the base's Hadnot Point Fuel Farm at levels of 380 parts per billion, according to a water tests done by a contractor. A year later, in a report summarizing the 1984 sampling, the same contractor pointed out the benzene concentration "far exceeds" the safety limit set by federal regulators at 5 parts per billion.

The Marines were still studying the water contamination in 1991 when another contractor again warned the Navy of the health hazards posed by such levels of benzene.

By 1992, the federal Agency for Toxic Substances and Disease, an arm of the Department of Health and Human Services, showed up at the base to begin a health risk assessment. That's when a third contractor, the Michael Baker Corp., released a draft report on the feasibility of fixing the overall problem.

Not only hasn't the benzene disappeared from the now-closed wells, it's gotten much worse over time. One sample from a series of tests conducted from June 2007 to August 2009 registered 3,490 parts per billion, according to a report from a fourth contractor.

Kyla Bennett, who spent 10 years as an enforcement officer for the Environmental Protection Agency before becoming an ecologist and environmental attorney, reviewed the different reports and said it was difficult to conclude innocent mistakes were made in the Baker Corp. documents.

"It is weird that it went from 380 to 38 and then it disappeared entirely," she said. "It does support the contention that they did do it deliberately."

News of Baker Corp.'s handling of the benzene levels has ex-Lejeune residents questioning anew the honesty of a military they accuse of endangering their lives.

"It is a shame that an institution founded on honor and integrity would resort to open deceit in order to protect their reputation at the cost of the health, safety and welfare of its service men, women and their families," said Mike Partain, a 42-year-old who lives in Tallahassee, Fla., but was born at Lejeune and diagnosed with breast cancer in 2007.

Capt. Brian Block, a Marine Corps spokesman, took exception to characterizing the conflicting information in the reports as anything but inadvertent.

"It was probably just a mistake on the part of the contractor, but I can't tell you for certain why that happened," he said.

David Higie, a spokesman for Baker Corp., declined to discuss the company's reports or why its employees might have revised the benzene levels. He referred questions to the military.

Block said Camp Lejeune held a news conference to alert residents of problems with the water system in 1985 and has spent millions of dollars in outreach and studies. "The Marine Corps has never tried to hide any of this information," he said.

The discrepancies in the reports were tucked inside thousands of documents the Marines released last year to the Agency for Toxic Substances as part of the Marines' long-running review of water supplied to Camp Lejeune's main family housing areas. That water was contaminated by fuel and cleaning solvents from the 1950s through the 1980s, and health officials believe as many as 1 million people may have been exposed to the toxins before the wells that supplied the tainted water were closed two decades ago.

The newly discovered records, first reported Sunday by McClatchy News Service, show that a water well contaminated by leaking fuel was left functioning for at least five months after a sampling discovered it was tainted with benzene in 1984.

Benzene, a carcinogen, is a natural part of crude oil and gasoline. Drinking water containing high levels of it can cause vomiting, dizziness, sleepiness, convulsions, and death and long-term exposure damages bone marrow, lowers red blood cells and can cause anemia and leukemia, according to the EPA.

Camp Lejeune environmental engineer Robert Alexander was quoted in 1985 as saying no one "had been directly exposed" to contaminants, including benzene. In December, Alexander told the AP he didn't recall anything about the well contaminated with the benzene or the ensuing studies that failed to account for its toxicity, but said that the methods at the time were still being perfected, and that he and the other base officials did the best they could.

The records indicate the military knew a lot of specifics.

For years the Marine Corps knew the fuel farm, built in 1941, was leaking 1,500 gallons a month and did nothing to stop it, according to a 1988 memo from a Camp Lejeune lawyer to the base's assistant facilities manager. "It's an indefensible waste of money and a continuing potential threat to human health and the environment," wrote Staff Judge Advocate A.P. Tokarz.

Minutes of a 1996 meeting with Moon Township, Pa.-based Baker Corp., the third contractor, indicate the fuel farm had lost 800,000 gallons of fuel, of which 500,000 gallons had been recovered. Benzene was "in the deeper portion of the aquifer" and the "fuel farm is definitely the source," the minutes quote a Michael Baker employee as saying.

The Coast Guard categorizes any coastal oil spill larger than 100,000 gallons as major.

Former Marines and Camp Lejeune residents continue to fight for a compensation program and to fund a mortality study that would determine if Marines and sailors who were exposed to these contaminants suffer from a higher death rate. The Senate passed legislation in September backed by Sens. Richard Burr, R-N.C., and Kay Hagan, D-N.C., preventing the military from dismissing claims related to water contamination pending completion of the several studies, including the mortality study.

"These people knowingly exposed us to these high levels of contaminants and now they don't want to know if their negligence caused harm to the people they say they care so much about?" said Jerry Ensminger, a retired master sergeant who lived at the base and lost his 9-year-old daughter to leukemia. "There is definitely something wrong with this picture."