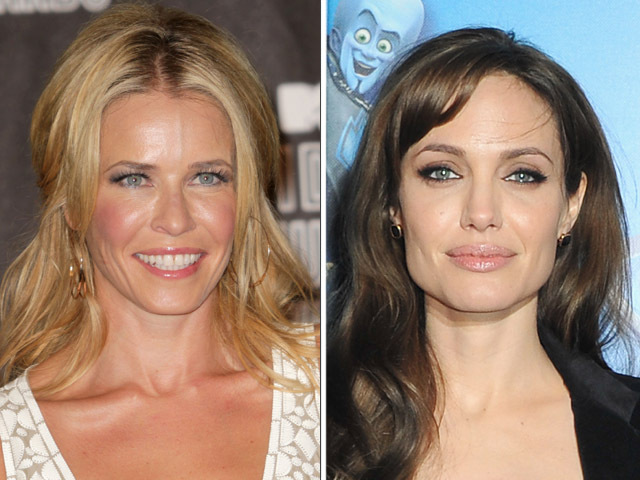 NEW YORK (CBS) Chelsea Handler is making it clear she's not a fan of Angelina Jolie.

The comedienne threw a handful of foul-mouth words at the actress during her stand-up comedy show in Newark, NJ on Friday, calling Jolie a "homewrecker" among a few other jabs.

[Watch the video below]

"She can rescue as many babies from as many countries as she wants to," the 35-year-old said of Jolie, who has three adopted children.

This isn't the first time Handler has slammed Jolie. Before introducing Aniston as a guest on her E! talk show in August, Handler called Jolie "evil" and even mocked her 9-year-old son, Maddox.

She and Aniston are considered to be close friends.  The two were recently spotted vacationing together with other guests in Los Cabos, Mexico, over Thanksgiving weekend.