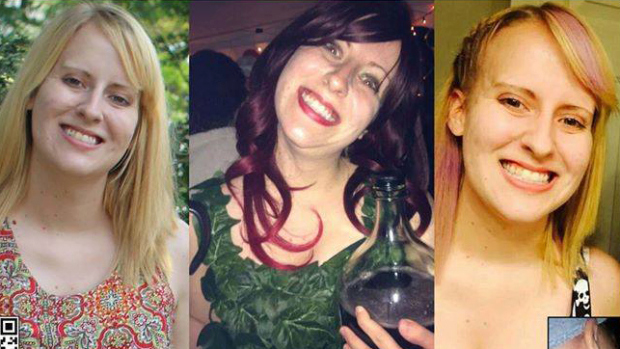 MONROE, Mich. -- A man charged in the murder of a Michigan woman last seen at a Halloween party more than two years ago said she died during rough, consensual sex, a detective testified during a court hearing Wednesday.

Chelsea Bruck was last seen alive in the early morning hours of Oct. 26, 2014 at a large party at a property in rural Frenchtown Township, 35 miles south of Detroit.

The 22-year-old’s “Poison Ivy” costume was found about six months later at an industrial site, and her remains were discovered a few weeks later on April 24, 2015, in a wooded lot on Briar Hill Road in Ash Township, about 15 miles away from the party.

The Wayne County Medical Examiner determined that Bruck died from blunt force trauma to the head, and had numerous fractures to her face, jaw, neck and teeth.

Police announced the arrest of 28-year-old Daniel Clay in July, nearly two years after Bruck’s murder. Chilling new details emerged Wednesday during a probable cause hearing for Clay, after which a Monroe County District Court judge ordered him to stand trial on charges of open murder and concealing a body, reports CBS Detroit.

A Monroe County Sheriff’s detective testified Clay told him he didn’t mean to kill Bruck. Clay said he gave the woman a ride after the party and they had sex in the backseat of his car. Clay said Bruck “went limp” after she asked him to choke and slap her during the sex, according to the detective.

The detective said Clay claimed he tried to perform CPR, but couldn’t revive her, the station reports.

The Toledo Blade reports Clay told police he drove around for more than a half an hour because he was “freaked out” and didn’t want to call authorities. The detective said Clay admitted leaving the woman’s body in a wooded area.

A medical examiner testified that Bruck’s body was too decomposed to find evidence of strangulation, saying it takes about two and a half minutes of sustained pressure to choke someone to death.