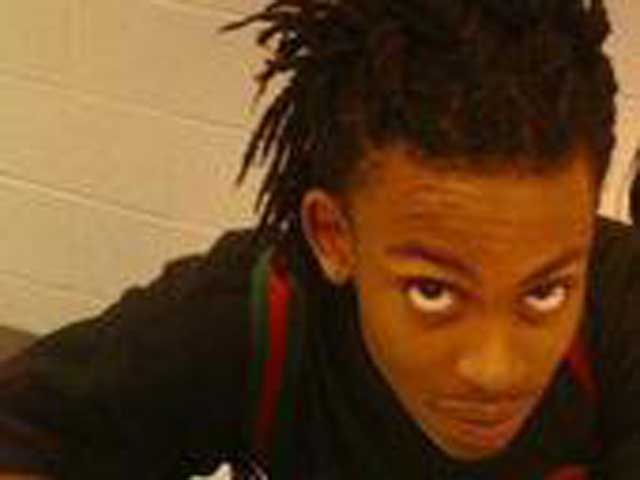 (CBS) The pathologist who performed the autopsy on Chavis Carter, the 21-year-old who allegedly shot himself while handcuffed in the back of an Arkansas police car, says that the first thing he asked himself when Carter's body was brought in was, "Could this have occurred the way they are telling me?"

Deputy Director of the Arkansas State Crime Lab Dr. Stephen Erickson spoke with Crimesider on Tuesday and said that he concluded Carter's death was the result of suicide after examining his body as well as the investigative files from the Jonesboro Police Department.

"From the first time I saw this young man, I asked, were his hands cuffed in front or in back of him? And was it a single pair of handcuffs or more than one?" Erickson said.

Erickson says he reviewed the police investigative reports and viewed a video released to the public last week, which depicts officers attempting to recreate how Carter, who was cuffed behind his back and seated in the back of a patrol car, allegedly retrieved a Cobra .380 handgun from somewhere on his person and shot himself in the right temple on the night of July 28.

The autopsy describes "dense soot deposition" around the gunshot wound, which was approximately four inches from the top of Carter's head on his right side. Erickson said that since 2001 it has been up to the police, not the ME's office, to collect and analyze any gunshot residue that might have been left on Carter's hands.

The Jonesboro Police Department did not return messages asking whether they had collected, and would analyze, gunshot residue on Carter's hands, or the hands of the officers on the scene.

Carter's autopsy also revealed that he had traces of marijuana in his urine and oxycodone and methamphetamine in his blood at the time he died.

The amount of meth, said Erickson, was enough to have rendered Carter "under the intoxicating influence" of the drug.

But Benjamin Irwin, the attorney representing Carter's family, counters that the dashboard video from the police car where Carter died that night reveals that Carter was able to spell his name, ask questions of the officers, and "walk fluidly like any normal person."

"To me, that's the best evidence of his mental state," Irwin said.

Irwin, who has requested the police turn over more audio and video of  the night Carter died, said that he believes there are "too many missing facts" left in the case, and disagrees with what he calls a "rush to judgment" by the police and medical examiner's office in ruling Carter's death a suicide.

"People want to know how this happened," said Irwin. "We know he was taken into police custody, we know he was searched, and we know his lost his life."

Irwin joined Carter's mother, Teresa, and the Rev. Jesse Jackson at a press conference early Wednesday in Memphis, Tenn. He will also be with a group marching from the scene of Carter's death to the Jonesboro police station Wednesday in honor of Carter.

What we know about Tyre Nichols' death
Julia Dahl