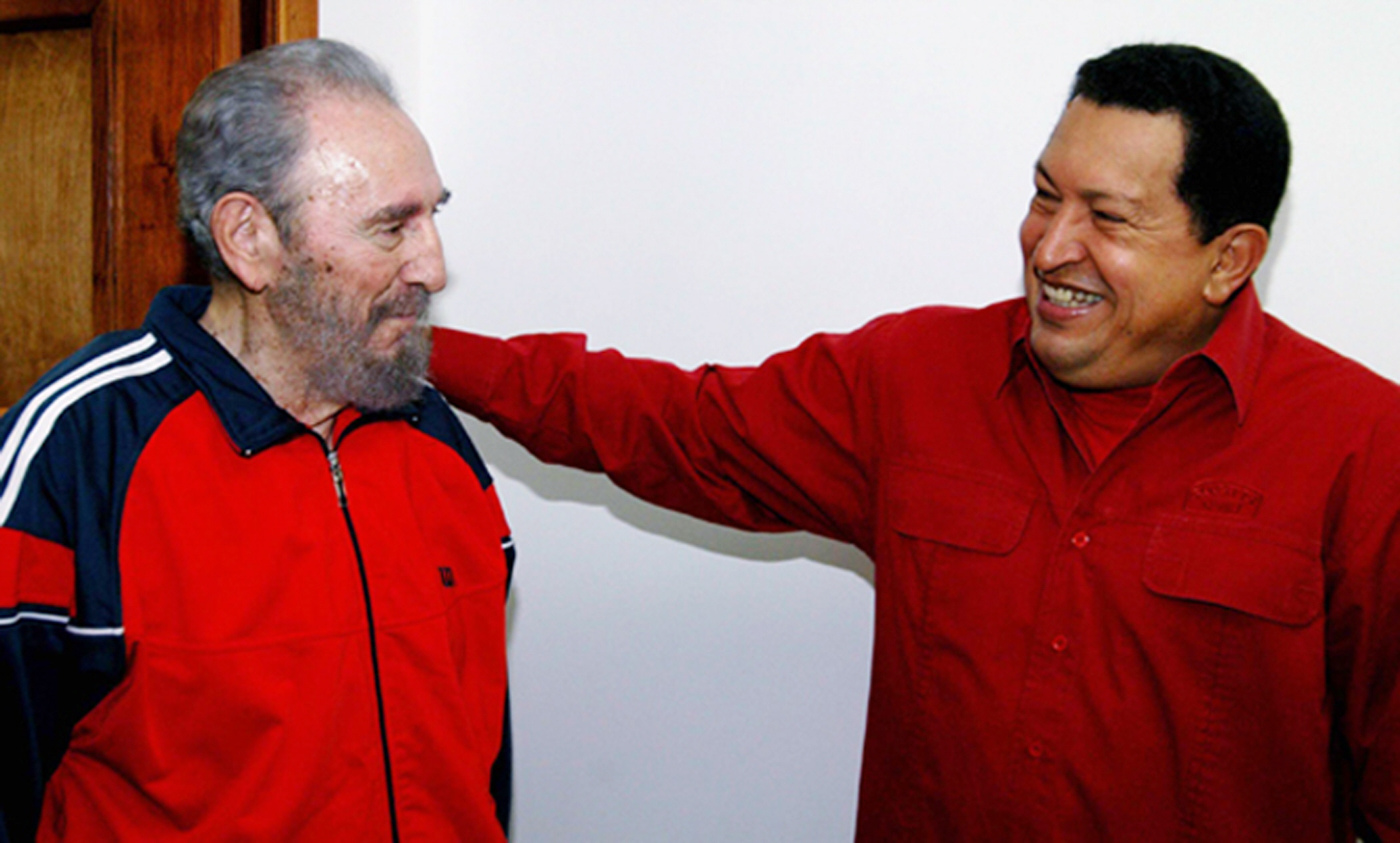 HAVANA, Cuba Reactions to the death of Venezuelan President Hugo Chavez were as mixed, polemical and outsized as the leader was in life, with some saying his passing was a tragic loss and others calling it an opportunity for Venezuela to escape his long shadow.

Seen as a hero by some for his anti-U.S. rhetoric and gifts of cut-rate oil, others considered him a bully.

A teary-eyed Bolivian President Evo Morales, one of Chavez's closest allies and most loyal disciples, declared that "Chavez is more alive than ever."

In Cuba, President Raul Castro's government declared two days of national mourning and ordered the flag to fly at half-staff.

"It is with deep and excruciating sorrow that our people and the revolutionary government have learned of President Hugo Rafael Chavez Frias' decease," it said in a statement read on the nightly state TV newscast. "The Cuban people view him as one of their most outstanding sons."

Some islanders worried that the loss of the country's No. 1 ally, who has sent billions of dollars of oil to Cuba at preferential terms, could have a negative ripple effect there.

"It's troubling what could come now, first for Venezuela but also for Cuba," said Sergio Duran, a Havana resident. "Everything will depend on what happens in Venezuela, but in any case it will never be the same as with Chavez, even if Chavez's party wins" in upcoming elections.

"Hugo Chavez was the symbol and heir of all brave and the glorious as well as sad history of Latin American countries. He was the manifestation of the free spirit of the oppressed people of these nations and all oppressed nations around the world. He is the hoisted flag of all fighters against colonization and justice-seekers, and the pioneer of friendship amongst nations," the agency quoted Ahmadinezhad's letter as saying.

In the United States, where relations with Venezuela were strained under Chavez, President Obama issued a statement reaffirming Washington's support for the "Venezuelan people and its interest in developing a constructive relationship with the Venezuelan government."

"As Venezuela begins a new chapter in its history, the United States remains committed to policies that promote democratic principles, the rule of law, and respect for human rights," the statement read.

Filmmaker Oliver Stone, who produced a film about Chavez and his leftist allies, wrote in his Twitter account, "I mourn a great hero to the majority of his people and those who struggle throughout the world ... Hated by the entrenched classes, Hugo Chavez will live forever in history. My friend, rest finally in a peace long earned."

Some of the estimated 189,219 Venezuelan immigrants living in the United States — about half of them in Florida — turned out cheering and waving their country's flag and expressed hope Tuesday that change would come to their homeland.

"He's gone!" dozens in a largely anti-Chavez community chanted after word spread of the socialist's death

"We are not celebrating death," Ana San Jorge, 37, said amid a jubilant crowd in the Miami suburb of Doral. "We are celebrating the opening of a new door, of hope and change."

Wearing caps and T-shirts in the Venezuelan colors of yellow, blue and red, many expressed cautious optimism and concern.

"Although we might all be united here celebrating today, we don't know what the future holds," said Francisco Gamez, 18, at El Arepazo, a popular Venezuelan restaurant in Doral.

"I always knew that for things to get better they had to get worse," said Mario Di Giovanni, a Venezuelan student activist in Miami who helped organize voters for last October's election. "So I guess this is the first step toward real change in Venezuela."

She and President Jose Mujica of neighboring Uruguay also prepared to travel to Venezuela for the funeral.

In Nicaragua, another nation that broadly benefited from Venezuelan cut-rate oil, Rosario Murillo, the wife and spokeswoman of President Daniel Ortega, said Chavez is "one of the dead who never die."

"We are all Chavez," she said in televised comments.

But Raul Martinez, a leader of the leftist, pro-government Sandinista Youth group, acknowledged in an interview with a local television station that "it is a hard blow,"

"Hugo Chavez was our best ally, but we are confident that the Venezuelans we will continue their support," Martinez.

Former U.S. President Jimmy Carter released a statement saying Chavez "will be remembered for his bold assertion of autonomy and independence for Latin American governments."

"We came to know a man who expressed a vision to bring profound changes to his country to benefit especially those people who had felt neglected and marginalized," Carter wrote. "Although we have not agreed with all of the methods followed by his government, we have never doubted Hugo Chavez's commitment to improving the lives of millions of his fellow countrymen."

"He was a great politician for his country, Latin America and the world. He played a very important role in the development of relations between Venezuela and Russia, so we feel very badly about it," Churkin said.

British Foreign Secretary William Hague sent condolences to Venezuela and the family of Chavez, who he said "left a lasting impression on the country and more widely" during his 14 years as president.

"At this key juncture, I hope the people of Venezuela can now build for themselves a better, brighter future based on the principles of freedom, democracy, the rule of law and respect for human rights," Harper said in a statement.

A wistful Rafael Correa, president of Ecuador and another of Chavez's closest allies, predicted Chavez would have a lasting influence. "We have lost a revolutionary, but millions of us remain inspired."

For good or ill, Chavez's influence was felt across Latin America. Alfonso Astorga, 65, a math teacher, was holding back tears as he walked into a store in a wealthy neighborhood of Santiago, Chile.

"He was an example of courage, struggle and passion for Latin America's integration," Astorga said. "The world loses a great man."

In China, which has provided tens of billions of dollars in loans that helped bankroll Chavez's social programs in exchange for oil, Chinese leaders did not immediately comment. But the Internet, the freest court of public opinion in China, crackled with praise for Chavez for standing up to the U.S. and for his socialist policies.

"Chavez and the '21st century socialism' he advocated was a big bright spot after drastic changes in the Soviet Union and Eastern Europe sunk the world socialist movement in a low ebb, and he was known as an `anti-American standard-bearer," Zhu Jidong of the Chinese Academy of Sciences' World Socialism Research Center wrote on his feed on Sina Corporation's Twitter-like microblog service. "Mourn this great fighter."

There was no shortage of emotional farewells to a socialist hero who some feel rivaled the revolutionaries of the 1960s.