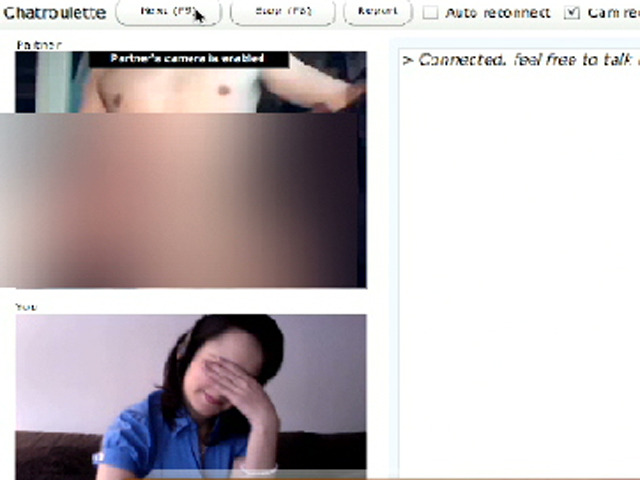 Unless you've been completely disconnected, you've used - or at least heard of - ChatRoulette.

A little background: Started as an experiment by 17-year-old, Andrey Ternovskiy in Moscow, the site randomly pairs you with strangers from around the world for conversations via chat and webcam.

As you can imagine, there are a lot of "interesting" types of folks out there and ChatRoulette reveals every end of the spectrum from the normal and wacky to the R-rated. Even celebs like Paris Hilton, Jessica Alba and Ashton Kutcher have been spotted on the site. While it launched in November 2009 with 500 visitors per day, it exploded this past February and now hails over 1.5 million uniques.

It's not just the site that has become viral, but the creative and hilarious videos created by those using the free service. Below are some of my favorites that have been making the Internet rounds:

Watch piano man and YouTuber, Merton, as he plays songs inspired by the random strangers he encounters live on ChatRoulette:

Inspired by the Merton video above, popular artist Ben Folds then played ChatRoulette at a concert in Charlotte, North Carolina on March 10th :

For all the Avatar fans, watch what happens when the "N'avi" invade ChatRoulette:

While people have been up in arms about the uncensored nature of ChatRoulette, these videos reveal that there's something more to the phenomenon. As its popularity grows, it'll be interesting to see how users work to evolve the site and its cultural function. So whether you enjoy the entertainment factor or not, at least if you do knock on the wrong door, all you have to do is press next.

What do you think of ChatRoulette? Is it a fad or here to stay? Share your thoughts and videos with a comment below!