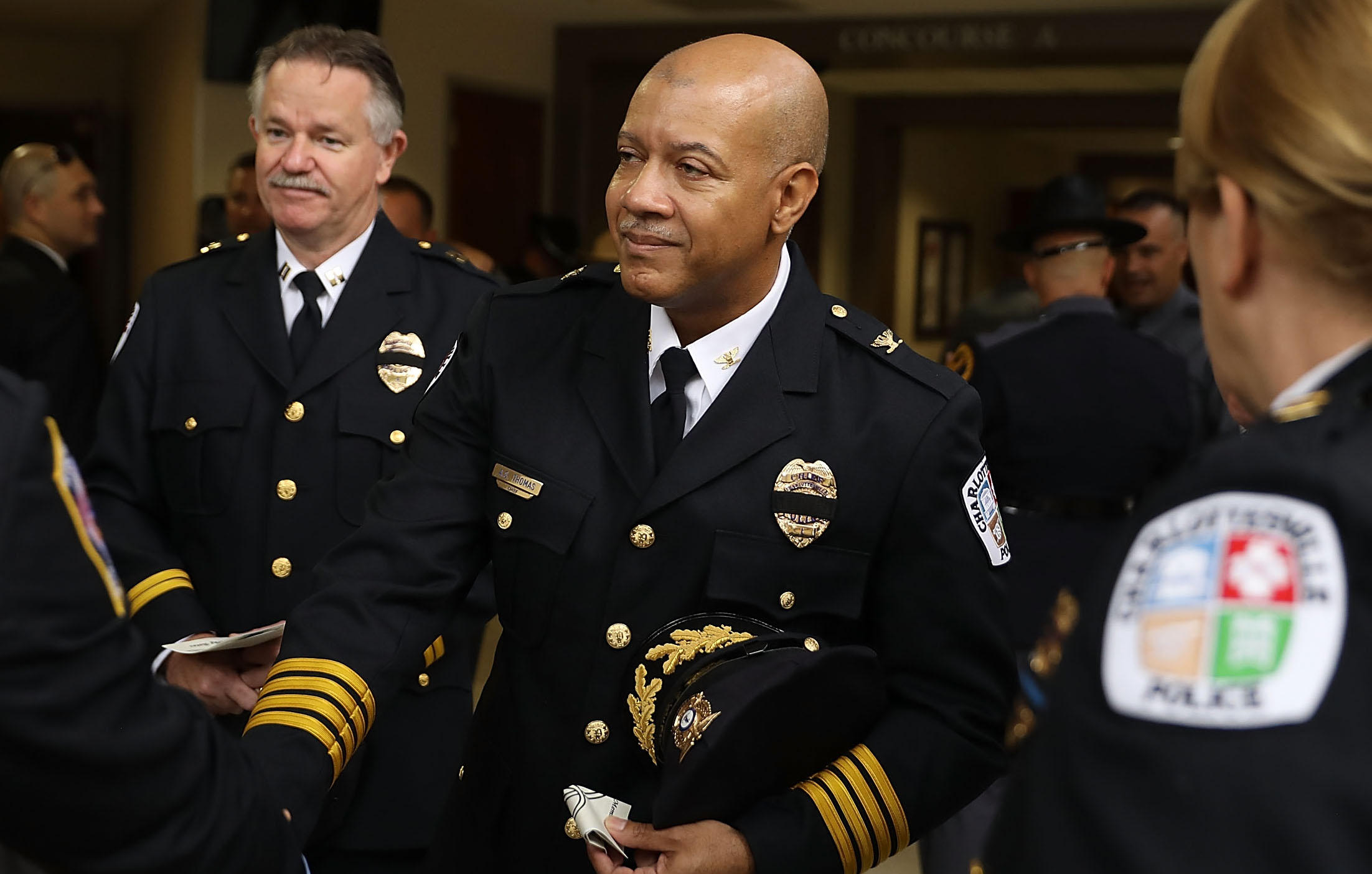 CHARLOTTESVILLE, Va. -- Alfred Thomas, the police chief in Charlottesville, Virginia, has announced his retirement on Monday after 27 years of law enforcement service. The decision comes just weeks after the release of a critical review of his department's reaction to a violent white nationalist rally over the summer.

"Nothing in my career has brought me more pride than serving as the Police Chief for the City of Charlottesville," Thomas said in a statement announcing the retirement is effective immediately. "I will be forever grateful for having had the opportunity to protect and serve a community I love so dearly."

The statement said City Manager Maurice Jones will appoint an interim police chief within the next week and the city will begin searching for its new chief.

Earlier this month, former U.S. Attorney Tim Heaphy released findings from a monthslong investigation into law enforcement's response to the violent rally in August. The report criticized Thomas' "slow-footed response" and found that police failed on multiple fronts, leading to "deep distrust of government" in the local community. It also found a lack of preparation and coordination between state and city police and a passive response by officers to the chaos.

State police and Charlottesville police were unable to communicate by radio the day of the rally because they were on different channels, the report said, and commanders "instructed their officers not to intervene in all but the most serious physical confrontations."

Charlottesville became a target for white nationalists after its city council voted to remove a statue of Confederate Gen. Robert E. Lee from a downtown park. The rally by a loosely connected mix of white nationalists, neo-Nazis and other far-right extremists was the largest gathering of such groups in a decade.

One woman was killed and many other people were injured when an Ohio man drove his car into a crowd of counter-protesters. James Alex Fields, Jr., is facing a first-degree murder charge for the death of Heather Heyer.