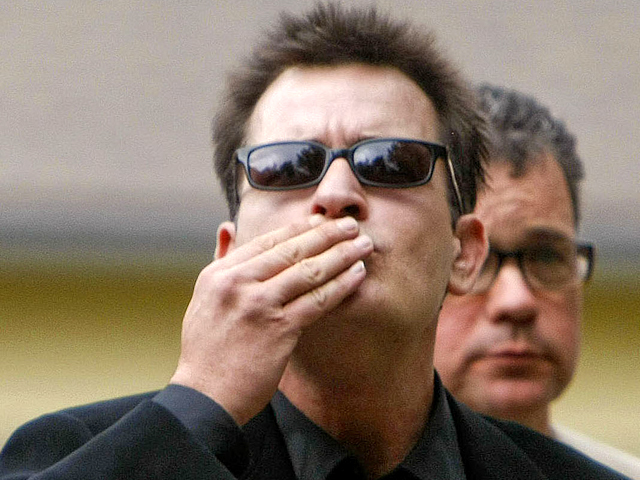 (CBS/AP) Is the world ready for a memoir by Charlie Sheen?

The recently fired "Two and a Half Men" star is looking to tell his life story in a book titled "Apocalypse Me," according to executives at three publishing houses who asked not to be identified, citing the sensitive nature of the project.

Two of the publishers said Thursday that the book had the working title "Apocalypse Me," a reference to "Apocalypse Now," the Francis Ford Coppola film starring the actor's father, Martin Sheen. Charlie Sheen has said he is obsessed by the film.

In an episode of his online webshow Monday night, Sheen said he wanted to get in touch with Amazon.com to publish book called "Apocalypse Me: The Jaws of Life" ("best title of all time," he adds).

The publishers who spoke to The Associated Press all said they turned down the memoir and expressed amazement anyone would take it, even if a finished work would likely be a best-seller. They cited Sheen's public rants and chaotic private life, including a history of accusations of domestic violence. Also, Sheen has filed a $100 million lawsuit against Warner Bros. and Chuck Lorre, the sitcom's executive producer, and might be restricted in what he could say about the program in the book.

Sheen is being represented by agent Peter McGuigan, who is asking for payment of at least seven figures, said the publishers, who added that there was no written proposal. Sheen has boasted that he could get $10 million for a memoir.

McGuigan did not immediately return a call from The Associated Press seeking comment. He is an agent with Foundry & Media and his company biography states that he is "happiest when representing controversial, out-of-the-ordinary or provocative subjects and authors."