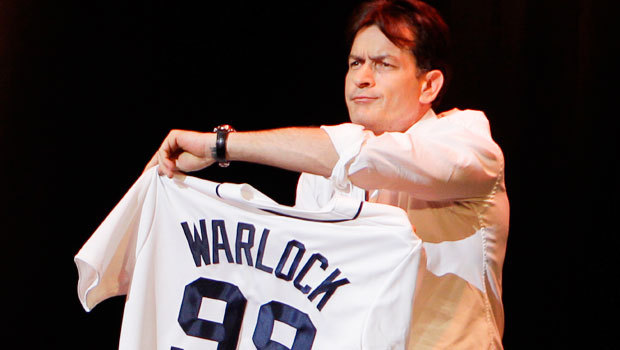 (CBS) During the Chicago stop of the "My Violent Torpedo of Truth/Defeat Is Not an Option tour," Charlie Sheen settled into an interview format and told the crowd that he'd return to "Two and a Half Men" if he was asked back.

"If they say, 'Hey, here's your job back,' I'll go back to work. I signed a f***ing contract. I'm a man of my word, unlike those f***ing trolls," said Sheen, according to RadarOnline.

Radar has video of the performance during which Sheen makes the statement.

Sheen's live show bombed in Detroit and he was booed by the audience. In Chicago, he made several changes to the show, including dropping an opening rap act and stream-of-consciousness ramblings. The changes, including the interview setting, were a hit - or at least didn't bomb - with critics.

The next stop on the tour is Cleveland on April 5. Sheen played fictional Cleveland Indians pitcher "Wild Thing" Rick Vaughn in the 1989 film "Major League" and in 1994 sequel.