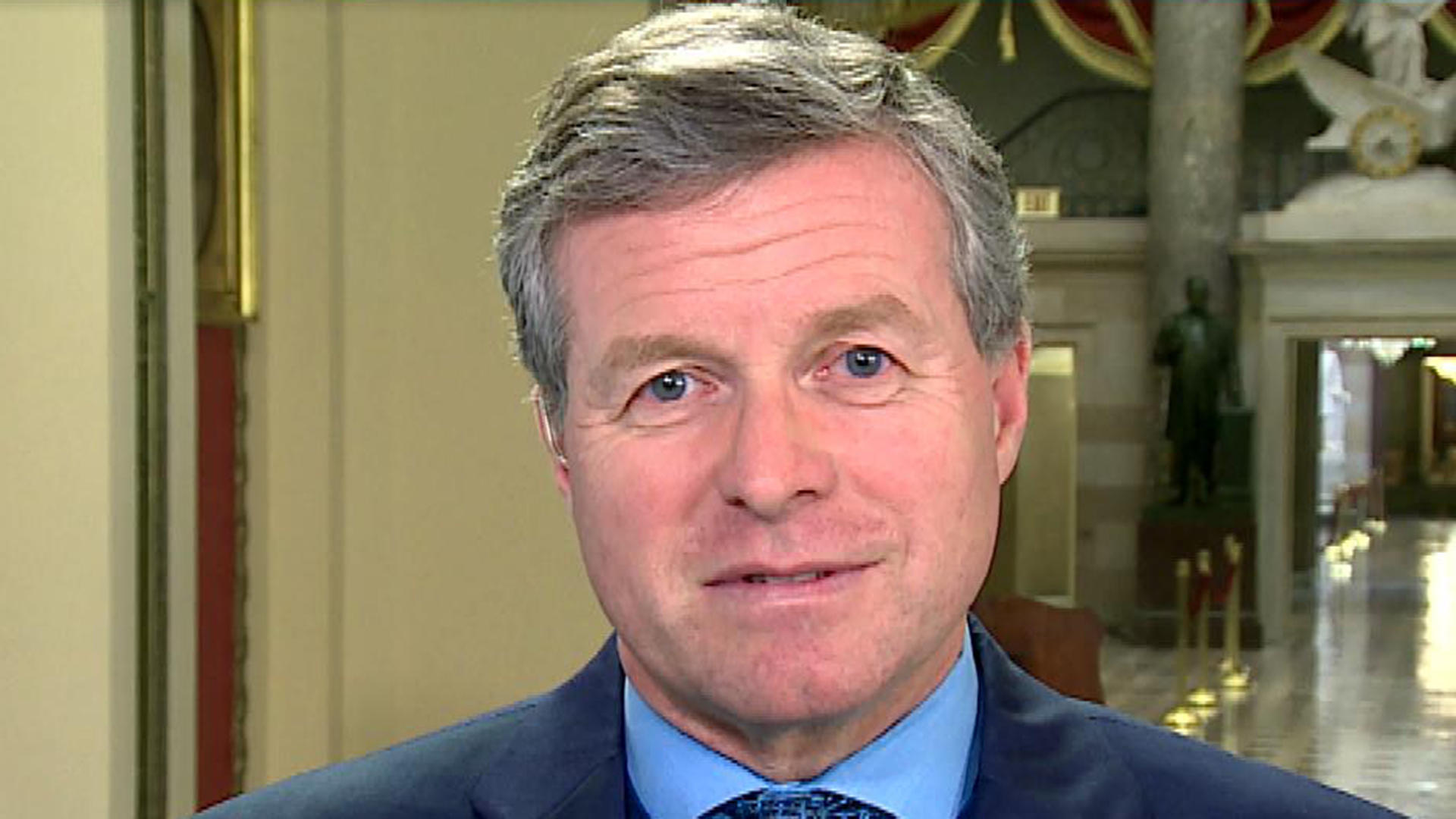 Republican Rep. Charlie Dent of Pennsylvania will not seek re-election in 2018, he announced in a statement Thursday night.

The seven-term congressman is the co-chair of the Tuesday Group, a caucus of 50 GOP moderates. Dent is an outspoken critic of President Trump's decisions, including the controversial travel ban. In his statement, Dent said he has, "fought to fulfill the basic functions of government, like keeping the lights on and preventing default."

"Regrettably, that has not been easy given the disruptive outside influences that profit from increased polarization and ideological rigidity that leads to dysfunction, disorder and chaos," Dent said.

Dent's announcement makes him the third moderate Republican to announce plans to leave Congress this year, after Rep. Ros-Lehtinen, R-Florida, and Dave Reichert, R-Washington, announced they won't run for re-election.

But Dent said he and his family have considered his retirement at various points since 2013.

"Earlier this year, my family discussions about the future increased in frequency, and I looped in a small group of immediate family, friends and senior staff, ultimately deciding in mid-summer that I would not seek another term," Dent said.

The following is the full statement Dent released:

Today, I am announcing that I will not seek reelection in 2018 for another term in the U.S. House of Representatives.

It has been a high honor and great responsibility to serve the people of the 15th District, and I am proud of my time in Congress.

Since the government shutdown in 2013, my family and I have engaged in periodic discussions regarding my future in public service. I have served as a legislator at the state and federal levels for nearly 27 years. I started that service prior to marrying my wife and the births of our three beloved children.

Earlier this year, my family discussions about the future increased in frequency, and I looped in a small group of immediate family, friends and senior staff, ultimately deciding in mid-summer that I would not seek another term.

Frankly, I never planned on serving, voters permitting, more than 5 or 6 terms in the US Congress.  I'm now serving my seventh term.

In 2014, my seniority on the House Appropriations Committee elevated me to the rank of subcommittee chairman or "Cardinal" -- a much coveted position in the House and one that carries great responsibility. Additionally, I was selected to serve as Chairman of the House Ethics Committee, the only Committee that requires bipartisan cooperation to act, for the 2015-16 Congress.  Sitting at the Chairman's table was an honor and it gave me an opportunity to have a direct hand in shaping the direction of the 114th Congress.

Meanwhile, I served, and continue to serve, as Co-chair of the Tuesday Group Caucus, a group of more than 50 center-right Republicans dedicated to effective and responsible governance.  As the group gained in both number of members and influence in Congress, I believed it was critical for me to amplify the group's voice, both internally within Congress and publicly in the media, and use that voice to advance Tuesday Group member initiatives.

From my role as a senior appropriator, advisor to the Speaker in his weekly meetings, co-chair of the Tuesday Group, Chair of the Congressional Study Group on Germany, participation in the Problem Solvers, co-chair of the Cancer, Medical Research, Cement, Hydrogen, Heritage Areas and other Caucuses, I have done my best to make a meaningful, positive impact. As a member of the governing wing of the Republican Party, I've worked to instill stability, certainty and predictability in Washington. I've fought to fulfill the basic functions of Government, like keeping the lights on and preventing default.

Regrettably, that has not been easy given the disruptive outside influences that profit from increased polarization and ideological rigidity that leads to dysfunction, disorder and chaos. But I have also had a stake in major legislative accomplishments: budget agreements that prioritize our federal commitments, pro-growth trade and tax policy, initiatives to advance medical innovation and research, major infrastructure investments, and policies that secure our homeland.

I promise to continue my role, both inside and soon outside of government, of giving voice to the sensible center and working to solve problems for the American people through smart policy - the product of negotiation, cooperation and inevitably, compromise.

I want to thank the people of Lehigh, Montgomery, Northampton, Berks, Dauphin and Lebanon counties for giving me this tremendous opportunity to serve and their steadfast support and confidence in me all these years.

I can never thank you enough. From the bottom of my heart, thank you.

It's been the honor and privilege of a lifetime.