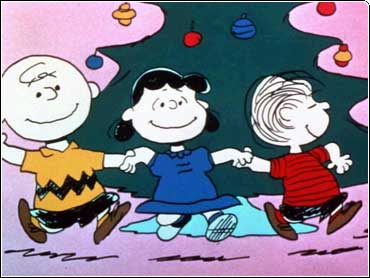 Before he officially retires, Charles Schulz plans to draw one more "Peanuts" strip, his editor says.

But whether Charlie Brown wins the love of the little red-haired girl, defeats the kite-eating tree or finally connects with Lucy's football remains to be seen.

"I haven't seen it yet; I can't tell you," his editor, Amy Lago said Wednesday. Then she thought a minute. "Knowing Schulz, probably not."

Lago said she was unsure whether Schulz will draw the strip or put together a collage of characters he has already drawn. One thing is for sure though -- she won't disclose the final strip or its story line before it is published Jan. 3.

Doctors diagnosed him with colon cancer at that time, and the 77-year-old cartoonist, who took pride in meeting deadlines, decided to retire when he realized that he did not know when he would be well enough to withstand the pressure of daily deadlines.

He also suffered a series of small strokes during his surgery and now has trouble with his vision while drawing, Lago said.

"You wouldn't know it to see him. He recognizes people and faces," she said, and he is able to draw, but something "clicks in the brain" making it difficult.

He is expected to recover, she said.

The wildly popular comic strip made its debut Oct. 2, 1950. The travails of the "little round-headed kid" and his pals eventually ran in more than 2,600 newspapers, reaching millions of readers in 75 countries.

Over the years, the Peanuts gang became a part of American popular culture, delivering gentle humor spiked with a child's-eye view of human foibles.

The long-suffering Charlie Brown still faced misfortune with a mild "Good grief!" Tart-tongued Lucy still handed out advice at a nickel a pop, a joke that started as a parody of a lemonade stand. And Snoopy, Charlie Brown's wise-but-weird beagle, still took the occasional flight of fancy back to the skies of World War I and his rivalry with the Red Baron.

Shulz's gift has been to take life's frustrations and make them hilaroius. The baseball team could never win, Snoopy never couldn't defeat the Baron, and Charlie Brown could never, ever kick the football.

"People ask, 'why couldn't Charlie Brown kick the football? It would make him happy.' Happiness is neat, but unfortunately it's not very funny," Shulz said.

Although he remained a private person, Peanuts brought Schulz international fame. He won the Reuben Award, comic art's highest honor, in 1955 and 1964. In 1978, he was named International Cartoonist of the Year, an award voted by 700 comic artists around the world.

The 1965 CBS-TV special A Charlie Brown Christmas won an Emmy and reun immortality, and many other specials followed. There was a hit musical, You're a Good Man, Charlie Brown. The characters also appeared on sheets, stationery and countless other products.

He served in the Army during World War II and developed his comic strip Li'l Folks, for the Saint Paul Pioneer Press in 1947. In 1950, it was sold to a syndicate and renamed Peanuts.

The popularity of the strip soared in October 1965 when Snoopy turned his doghouse into a Sopwith Camel for the first of many engagements with the Baron. The following year, a group called the Royal Guardsmen had a No. 2 single, Snoopy vs. the Red Baron.

Charlie Brown, named after a friend at art school, was to some extent the cartoonist's alter ego. Snoopy was inspired by a dog he had as a child, "the smartest and most uncontrollable dog that I have ever seen," Schulz recalled.