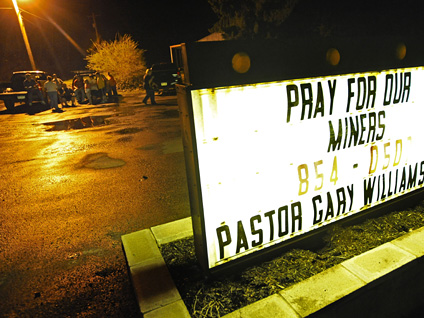 It was down to the finish line on "The Amazing Race."

Charla Faddoul and Mirna Hindoyan, from Phoenix and Towson, Md., respectively, were the sixth team out of 11 to be eliminated. But not before proving their team was not one to be easily dismissed.

"I set my standards to the highest," says Charla, who has a form of dwarfism. "I did whatever I could to prove that I am a person with feelings, and just because I'm small doesn't mean you can call me names or have stereotypes about me. I did whatever was set in front of me, and I accomplished my goals as best I could."

Some may even say Charla did all the work. In this week's roadblock, for example, team members had to cook and eat an ostrich egg, in order to get their next clue. And while other team members were holding their noses, Charla ate it all within five minutes.

"I thought the most difficult part about eating the eggs was the amount," Charla tells The Early Show co-anchor Rene Syler. "It was equivalent to two dozen eggs. And I typically eat two eggs. So it was a lot of eggs. And that was the toughest part of that. "

She also ate the caviar a couple weeks ago. Leaving the eating to Charla was all part of a strategy, notes Mirna.

"Going into the race, we decided on what our strengths and weaknesses would be. Clearly, Charla is a stronger eater," Mirna says. "I felt hopefully I could make up for it in the running or rock climbing or something like that. So Charla really pulled her weight with the eating. She did a great job. She was one of the top competitors when it came to that."

Another strategy was to work with what they had. Throughout the race Charla brought up the fact that she is "little" to get things, like riding in the cemetery and getting an earlier flight by saying she needed to see a doctor.

Charla explains, "I have, you know, shorter legs than others. I'm can't run as fast. And obviously, I have to make up with my mind. I have to show people that I'm clever and I can make up for the shortness that I am."

Mirna adds, "We knew we had to use our minds to get a step ahead, because physically, it was going to be more demanding to do some of the challenges. That's why we always tried to get the earlier flight and work extra hard to do those things."

The hardest part of the race for the Armenian-born cousins, however, was dealing with Christina and Colin.

"Colin is a tough competitor," Mirna says. "We respect the fact that he is such a tough competitor. It's a stressful circumstance. It's tough conditions. And I think initially, when most of the teams saw us, they didn't really think we would be competitors. So some of them tend to discard us. And he was one of them. And I think it took him by surprise, so much to the point where it upset him and infuriated him to see us doing so well. We don't want any of that to stop us. We were there to have fun. It was a chance of a lifetime."

But the cousins note that at one point or another everybody in the race had a problem with someone else. The team thought they got along best with the bowling moms, though Mirna and Charla point out there was never a real alliance.

After the "Race," Mirna and Charla went back home. Charla is managing a sporting goods outlet and is hoping to start a family with her husband of three-and-a-half years. And Mirna continues to work as an attorney.