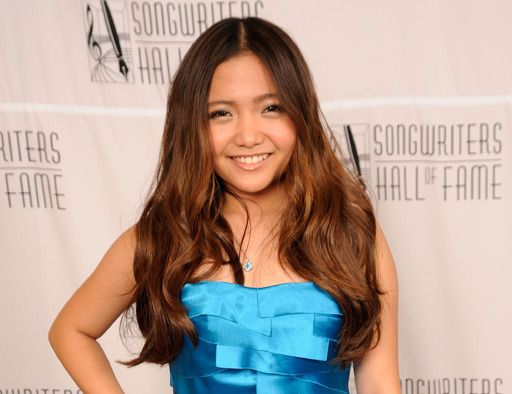 In a recent TV interview, the 18-year-old singer revealed she prepped for her debut on the hit FOX show by getting Botox and an anti-aging procedure "to look fresh on camera," according to the Associated Press.

"Charice's face, I've been noticing, it's been getting wider," she is quoted to saying. Belo continues to blame the singer's chewing-gum habits. "Our chewing muscles, if you chew a lot of gums, it gets bigger."

However, the singer's rep insisted to USMagazine.com that the procedure was strictly to "relieve a jaw problem similar to TMJ."

"You've seen her face - she doesn't have a wrinkle in it so she wouldn't need it for cosmetic purposes. The Glee people are thrilled with the way she looks which is why she got the part."

The singer first got her big break while performing on "The Ellen DeGeneres Show" at age 15.  She later appeared on the "Oprah Winfrey Show" and was dubbed the "Most Talented Girl in the World" by the talk show host.

She will play a foreign exchange student on the FOX show and will rival Lea Michele's lead character, Rachel Berry.