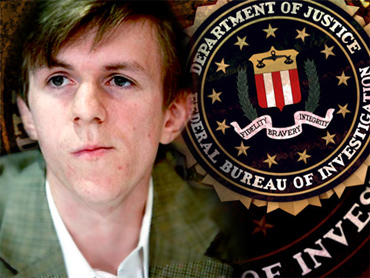 Federal prosecutors filed reduced charges Friday against conservative activist James O'Keefe and three others who were accused of trying to tamper with the phones in Sen. Mary Landrieu's New Orleans office.

The new charges are contained in a bill of information, which can only be filed with a defendant's consent and typically signals a plea deal. The new filing charges the four with entering a federal building under false pretenses, a misdemeanor. They had been arrested Jan. 25 on felony charges.

O'Keefe, a videographer famous for wearing a pimp costume in a stunt that embarrassed the ACORN community organizing group, has said the group was trying to investigate complaints that constituents calling Landrieu's office couldn't get through to criticize her support of a health care reform bill.

Eddie Castaing, an attorney for another defendant, Joseph Basel, said his client agreed to plead guilty to the new charge so he can "resolve the case and move forward with his life."

"There is no agreement on sentencing," Castaing said. "It's up to the judge."

The new charges carry maximum sentences of six months in prison and a $5,000 fine. A date for their next court appearance has not been set.

J. Garrison Jordan, a lawyer for defendant Robert Flanagan, said his client has "an agreement worked out with the government" but wouldn't elaborate.

"I think it's a fair resolution to the charges, and I'm happy with the agreement we've worked out," he said.

Lawyers for the other two defendants didn't immediately return calls. A spokesman for Landrieu said he couldn't immediately comment, and a spokeswoman for the U.S. Attorney's office in New Orleans would not comment on a possible plea deal.

Federal authorities initially accused the four of trying to tamper with Landrieu's phones, but the new filing merely says they planned to pretend to test the phone system.

The FBI said O'Keefe, 25, of New Jersey, used his cell phone to try to capture video of two other men who posed as telephone repairmen and asked to see the phones at Landrieu's office. The fourth allegedly waited outside in a car with a listening device.

The two suspects who posed as repairmen - Basel and Flanagan, both 24 - wore white hard hats, tool belts and fluorescent vests. One of them had a camera hidden in his helmet.

Flanagan, of New Orleans, is the son of the acting U.S. Attorney based in Shreveport. Basel, of Minnesota, and Stan Dai, 24, of the Washington, D.C. area, also were arrested.

The four suspects originally were charged with entering federal property under false pretenses for the purpose of committing a felony, which carries a penalty of up to 10 years in prison and a $250,000 fine.

In an interview on Sean Hannity's Fox News talk show after his arrest, O'Keefe said he didn't think the group broke any laws and insisted he was using techniques commonly employed by investigative journalists.

Undercover videos are a staple of O'Keefe's work, most famously when he used a hidden camera as he brought a young woman posing as a prostitute into ACORN offices.

ACORN, the Association of Community Organizers for Reform Now, announced earlier this week that it is folding due to falling revenues that the group blames on partisan attacks.

Andrew Breitbart, whose biggovernment.com site launched O'Keefe's ACORN videos and who has since hired O'Keefe as a contributor, suggested that O'Keefe was unfairly targeted for ideological reasons.

"His burden now is to have to erase the false perceptions created by a media that attempted to convict him of a heinous felony before the charges were even filed," he said.