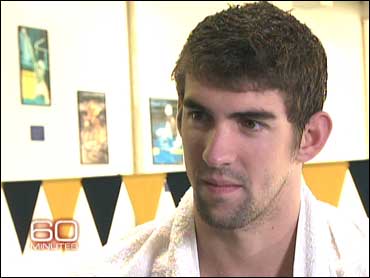 Olympic superstar Michael Phelps could face criminal charges as part of the fallout from a photo that surfaced showing the swimmer smoking from a marijuana pipe at a University of South Carolina house party.

A spokesman for a sheriff known for his tough stance on drugs said Tuesday the Richland County sheriff's department was investigating.

"Our narcotics division is reviewing the information that we have, and they're investigating what charges, if any, will be filed," said Lt. Chris Cowan, a spokesman for agency.

The photo, first shown in British tabloid News of the World on Sunday, was snapped during a November party while Phelps was visiting the university, according to the paper.

Phelps, 23, and his team have not disputed the photo's accuracy. Phelps has issued a public apology, acknowledging "regrettable" behavior and "bad judgment" after the photo appeared.

One of Phelps' agents, Drew Johnson, said Tuesday authorities had not contacted the swimmer. "So we really can't speculate," he said.

Last fall, Phelps was introduced to large applause at South Carolina's football game with Arkansas. He met with players and visited with Gamecocks coach Steve Spurrier, who gave Phelps one of the ball coach's trademark visors.

Phelps also spoke at a university class on sports' role in society.

Where exactly the party occurred isn't clear. The university said its police have no evidence it was on campus, and city police said they won't pursue criminal charges unless more information comes forward.

The Richland County sheriff can pursue charges as long as the party was in the county, the spokesman said.

"The bottom line is, if he broke the law, and he did it in Richland County, he's going to be charged," Cowan said. "And there's no difference between Michael Phelps and several other people that we arrest for the same type of a charge everyday."

Under South Carolina law, possession of one ounce or less of marijuana is a misdemeanor that carries a fine up to $200 and 30 days in jail for the first offense. Possession of paraphernalia is a $500 fine.
By Associated Press Writer Meg Kinnard; AP writers Jeffrey Collins and Pete Iacobelli in Columbia, and Paul Newberry in Atlanta contributed to this report