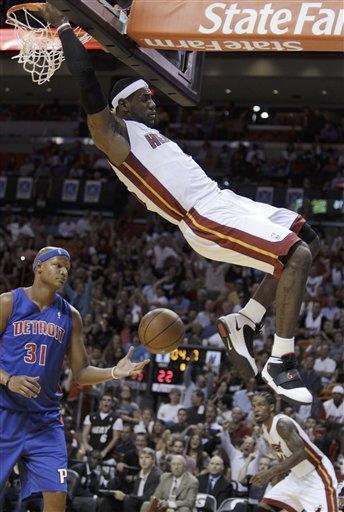 For four years, she was known only as Precious Doe, a little girl whose headless body was found along a road. Thursday, police identified the girl, arrested her mother and stepfather on murder charges, and pronounced the sad mystery solved.

The girl with big brown eyes and neat cornrows in her hair was identified as Erica Michelle Marie Green, just shy of 4 when she was found.

Her mother, Michelle M. Johnson, 30, and stepfather Harrell Johnson, 25, were charged with murder and endangering the welfare of a child. Police said the mother told them Harrell Johnson killed the girl with a kick to the head and used hedge clippers to sever her head.

Both suspects were being held in Oklahoma, where they live.

"We have closure," Police Chief James Corwin said. "The little girl that we've known for four years as Precious Doe has a name."

Police said a tip enabled them to identify Erica, but they would not elaborate. And they gave no motive for the little girl's slaying.

Four years after the slaying, an ad by a community activist brought the community's passion for Precious Doe to the surface. A crucial tip from one of Erica's relatives came in, CBS News Correspondent Cynthia Bowers reports.

"If he hadn't reached out to me, we'd still be calling her precious doe," Alonso Washington, the resident who placed the ad in the newspaper, said.

In the months after she became known as Precious Doe, hundreds attended candlelight vigils, volunteered to answer witness hot lines and passed out fliers with an artist's rendering of the girl. The FBI took blood samples from family members of missing black girls, and the case was featured on television's "America's Most Wanted."

A makeshift memorial of poems, teddy bears and flowers was eventually replaced by a permanent memorial in a park near where her body was found. On Thursday morning, among flowers and balloons, a handwritten sign announced the news: "My Name Is Erica Michelle Maria Green."

Authorities said the little girl was killed in Kansas City, where the family had been staying with a friend. According to court papers, Johnson said her husband kicked Erica in the head, and they left her on the floor for two days. They did not seek medical help, she said, because both had warrants out for their arrest.

The child died, and the couple carried the body to a church parking lot, then through the woods, where the stepfather cut the girl's head with hedge clippers, police said.

"There's something about it that just bothers me that a child could be thrown away and people forget about it," said Washington, who has worked to raise awareness of missing black children.

Washington said a grandfather of one of the individuals involved in the case came forward, talking with him and detectives last weekend. He said the source, who had spoken to police before on the case, sent photographs of the child as well as hair samples from the child and the mother.

Police and prosecutors refused to confirm specifics or identify the source. Washington declined to be more specific.

A photo displayed by police during a news conference, showing the girl with a slight smile and adornments in her braided hair, may have been a picture of the wrong child. Oklahoma police saw the picture and said it appeared to be one of the girl's cousins.

Johnson was being held on $500,000 bail in her hometown of Muskogee, Okla., and will be brought to Kansas City as soon as possible, prosecutor Michael Sanders said.

In Kansas City, police closed off the street in front of the run-down home where authorities said Johnson and her husband had been staying at the time of the killing.

Bowers reports that this case may be partially solved, but the community knows it's in for a lengthy fight.

"Now that we know the name, we know who we are going to be fighting when we go to court in the months and years ahead," Prosecutor Mike Sanders said.

People who long had been transfixed by the case welcomed news of the arrests.

Billy Stegall, a retired post office worker and Army sergeant, discovered Erica's head in 2001 and has gone back to the site regularly to pray.

"This is a day I have been looking for," he said. "I just asked the Lord to say who she is so she could be at peace, because she wasn't at peace and I wasn't at peace."

Even the mayor of Kansas City said it was a bittersweet day, "because we have lost Erica, and yet it's a day of closure."