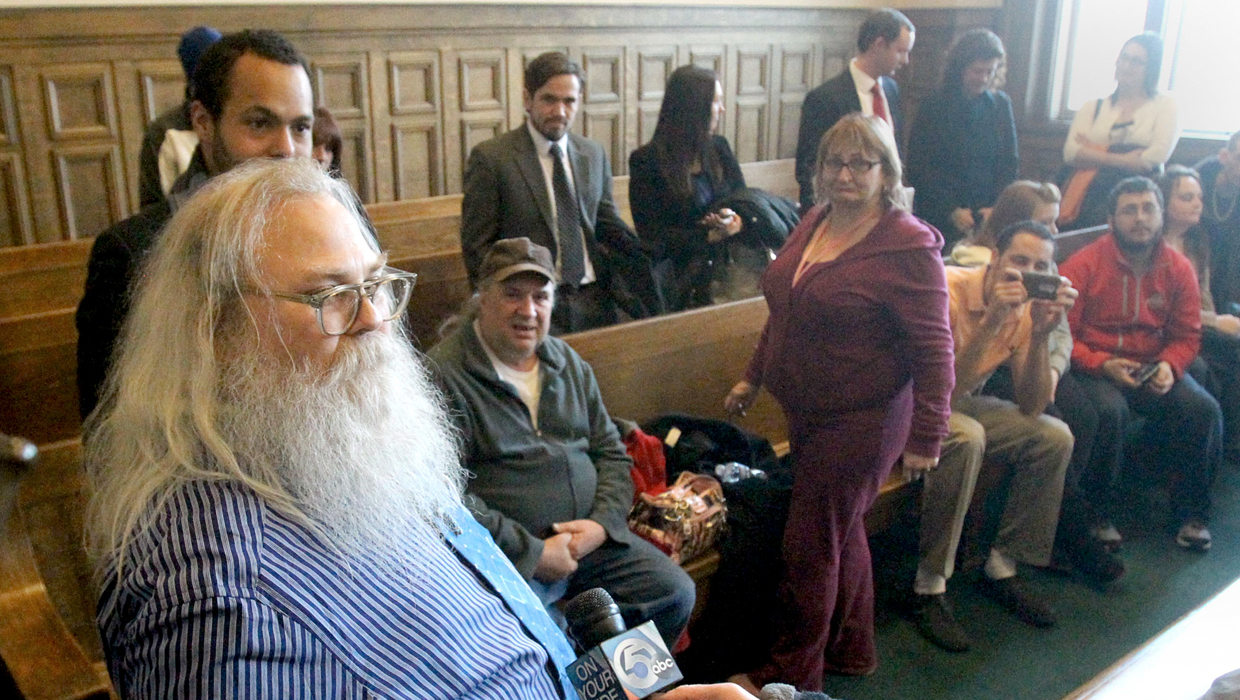 AKRON, Ohio - Charges were dismissed Thursday against a northeast Ohio man who served about 20 years in prison for a 1993 killing but maintained his innocence.

A judge ordered a new trial last year for Dewey Jones of Akron after tests showed his DNA didn't match evidence at the scene.

Prosecutors filed to dismiss the charges, noting that witnesses have died and evidence has degraded.

"We basically looked at the case as it stands today and determined that we didn't think that we could, for the second time, prove his guilt beyond a reasonable doubt," said Jill Del Greco, a spokeswoman for the Ohio attorney general's office.

Jones told WEWS-TV he felt overwhelmed and said he knew such a day would come.

"I just never thought it would take this long," said Jones, 51. "The truth is the truth, and it always comes out."

Until late last year, Jones was imprisoned for the robbery and slaying of 71-year-old Neal Rankin, a Goodyear retiree who Jones said was a family friend. Jones said he wasn't involved in the killing and had no knowledge about it.

"I sure would like to know who I did 20 years for," he told WEWS. "I wish I knew what the whole truth was."

The judge hasn't decided whether to dismiss the charges with or without prejudice, the latter of which would leave open the possibility of prosecution against Jones later if new evidence or leads arise, Del Greco said. She said the judge asked both sides to file briefs on the issue by Feb. 10 and then will make the decision or set a hearing for further arguments.

Jones wouldn't immediately say whether he plans to make a wrongful imprisonment claim against the state or seek financial compensation. He referred questions on those topics to his lawyers.

A call to the office of defense attorney Adam VanHo rang unanswered at the end of the business day Thursday.