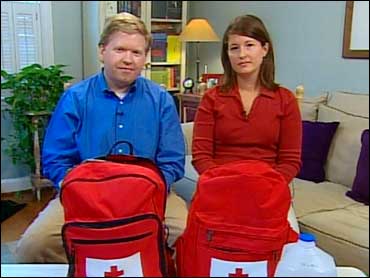 Terms of the contract weren't immediately available, but the two sides reportedly were discussing a five-year, $7.5 million deal.

Butler joins the Chargers less than two weeks after they finished 1-15, earning the top pick in April's draft and missing the playoffs for the fifth straight season.

A scout with the Chargers from 1985-86, Butler returns to San Diego after 14 seasons in the Buffalo Bills' front office, the last eight as general manager. He was fired on Dec. 19 because of his unwillingness to make a commitment beyond February, when his contract was to run out.

Former Bills coach Marv Levy spoke glowingly of Butler, who was known for his productive drafts and free agent signings that kept the Bills competitive in the salary-cap era.

The Chargers have picked "a magnificent general manager," said Levy, who coached Buffalo when it reached four straight Super Bowls in the early 1990s. Butler helped assemble those teams.

"He knows personnel, he works hard, he builds morale, he gets the best out of everybody in the organization," Levy said from his home in Chicago. "He's a unique individual and, believe me, I don't respond this way very often. I think the world of the man."

Levy said hiring Butler should get the Chargers "headed in the right direction as swiftly as possible. I think it's very good news for them."

The Chargers didn't have a GM this season, the worst in their 41-year history. After Bobby Beathard retired last spring, Spanos chose to go with a three-headed hierarchy that didn't work.

Butler will have plenty of work to do once he takes over.

The biggest decision facing the Chargers is what to do with troubled quarterback Ryan Leaf, who continues to be a bust on the field and a distraction off it. Leaf was the second pick overall in the 1998 draft.

Butler also must decide whether to keep the top pick in the draft or trade it to stockpile picks to help addresthe Chargers' many needs.

His decision could become that much more intriguing if Virginia Tech sophomore quarterback Michael Vick decides to make himself available for the draft. Next Friday is the deadline for underclassmen to apply for the draft.

Whatever the Chargers do, they're still going to have to bring in a veteran quarterback.

The Chargers' other glaring needs are at running back, defensive end and cornerback.

Butler was promoted to GM with Buffalo in 1993, the year the Bills reached their final Super Bowl.

He was involved in drafting such players as Thurman Thomas, Don Beebe, Phil Hansen and many of the Super Bowl Bills, as well as defensive end Marcellus Wiley and linebacker Sam Cowart from the current team.

Butler is considered especially adept at finding small-college players. Wiley, for instance, was an Ivy Leaguer from Columbia.

Wiley, coincidentally, is an unrestricted free agent and is known to admire Butler. Wiley, who's from the Los Angeles area, had 10 1/2 sacks for the Bills.

As GM, Butler never had a first-round draft pick higher than 14th. The Bills made the playoffs five times in his eight seasons as GM.

Beathard also liked to take players from small schools, but his draft-day gambling, including trading future first-round picks, has left the roster largely bare of talent.

"He's as outstanding an executive as exists in the NFL," said agent Leigh Steinberg, who represents Leaf as well as Bills quarterback Rob Johnson.