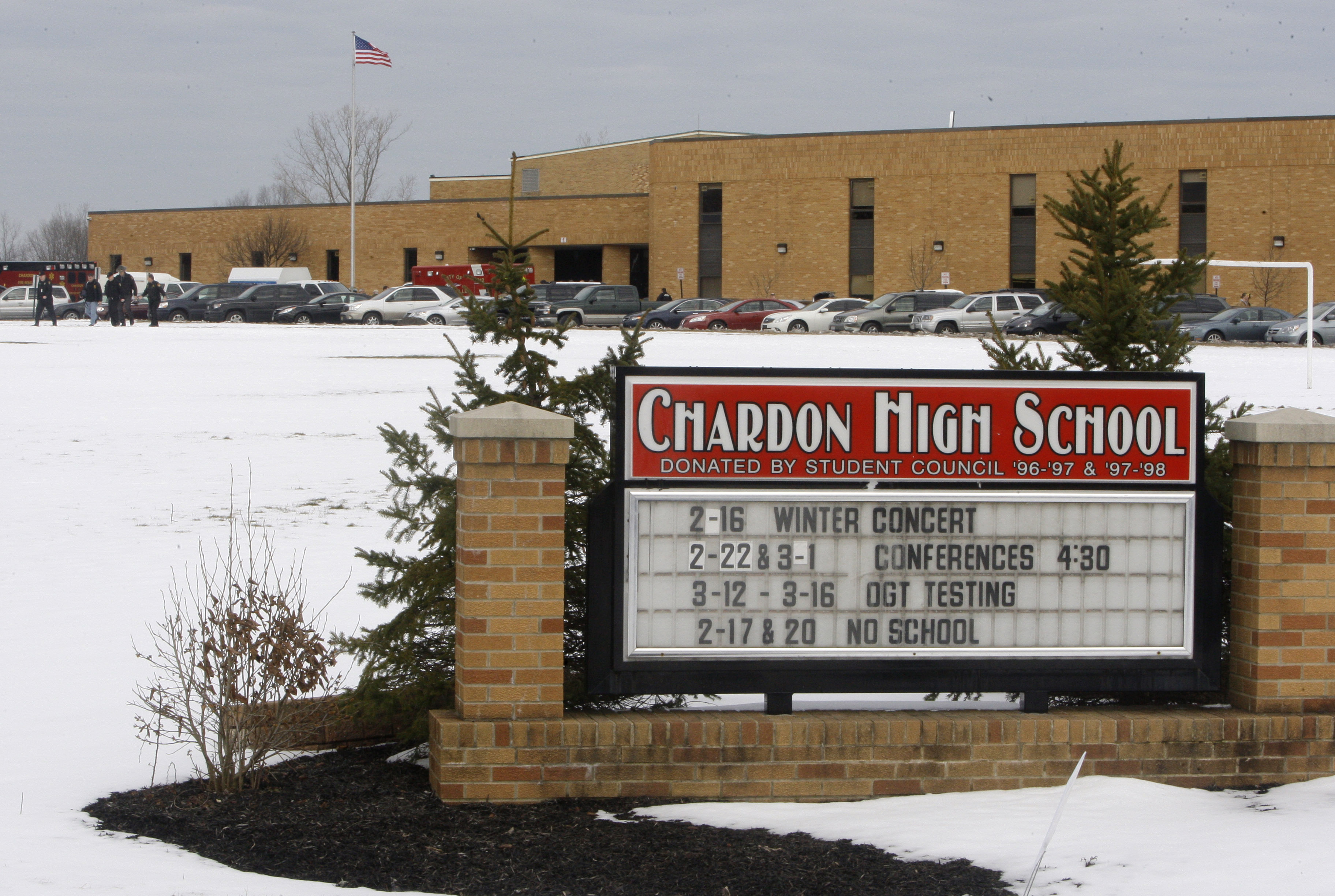 He says a gunman is now in custody but hasn't been charged yet. The suspect's name isn't being released because he is a juvenile.

CBS affiliate WOIO reports four other students were injured in the gunfire.

The conditions of the four other injured students have not yet been released.

According to Fox affiliate WJW, Geauga County Sheriff Daniel McClelland said three victims were taken by LifeFlight to MetroHealth Medical Center and two others are being treated at local Hillcrest Hospital.

Chardon High School, as well as other schools in the area, are now on lockdown.

The superintendent immediately canceled classes at all Chardon schools. Students still on school buses were being dropped back off at their homes, and parents are being called to pick up students already at school.