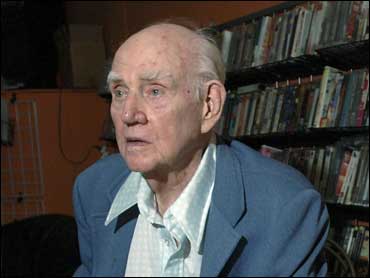 Dabbs Greer, a veteran character actor who played the Rev. Robert Alden in the TV show "Little House on the Prairie," has died. He was 90.

Greer, a Missouri native, died Saturday at Huntington Hospital after a battle with kidney and heart disease, his neighbor, Bill Klukken, told the Los Angeles Times. B.J. Goodwin, coroner for McDonald County, Mo., confirmed the death to The Associated Press.

Greer played "everyman" roles, from bus drivers to preachers and shopkeepers, in nearly 100 movies and hundreds of TV show episodes. He played a prison guard in the 1999 movie "The Green Mile."

He played storekeeper Mr. Jonus on "Gunsmoke" and also was the minister who married Mike and Carol Brady in 1969 on TV's "The Brady Bunch."

Most of his work was in supporting roles, but Greer told the Albany, N.Y., Times Union in 2000: "Every character actor, in their own little sphere, is the lead."

Born Robert William Greer on April 2, 1917, in Fairview, Mo., Greer moved to Anderson as an infant with his family. He was 8 when he began acting in children's theater productions.

He made his film debut as an extra in the 1938 movie "Jesse James," which was filmed mainly in Pineville.

"They were paying $5 a day a day to local people for being extras. That was really good money in those days, more money than we had seen in a long time," he told the Neosho Daily News in 2002.

Greer never married and had no survivors.