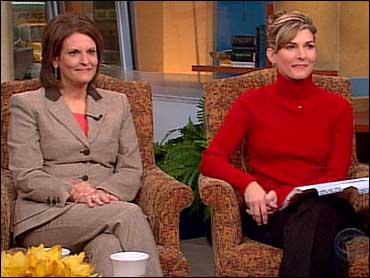 If you're heading for the Democratic National Convention in Los Angeles next month, best to pack a couple of handkerchiefs and some extra toothpaste.

The Berkeley-based Ruckus Society holds training camp this week in order to maximize the effectiveness of protests planned outside the Aug. 14-17 convention in downtown Los Angeles.

These and other lessons are being imparted atop the idyllic Santa Monica Mountains, where scores of convention-bound demonstrators are learning the finer points of chaos theory: not physics, but civil disobedience.

On the first day, participants attend outdoor classes about nonviolent protests, focusing on the actions of civil rights leaders such as the Rev. Martin Luther King and Mahatma Gandhi.

However, the quest to disrupt the convention does not stop with homages to MLK. Trainees are practicing how best to scale tall buildings (to hang protest banners), link arms (to form human blockades), and outrun tear gas canisters.

"We're taking protests to the very edge," said John Quigley, 39, as he pointed to trainees, so to speak, as they hung a banner from a scaffold on Monday.

Scores of activists have come to the camp, located at a mountain ranch with a view of the Pacific. When they're not learning how to throw a proverbial wrench into the cogs of the Democratic Party machine, they're sleeping in tents along the ocean bluffs, or dining al fresco near a tidal lagoon.

The participants, from a mishmosh of protest groups including green activists, anarchists, and radical feminists, are largely veterans of the WTO protests last fall and earlier this year in Seattle and the nation's capital. Ruckus organizers said they hope to inspire similar high-profile demonstrations while avoiding the violence that tainted those gatherings.

In addition to lessons about colorful acts of civil disobedience, the camp teaches activists safety procedures, with emphasis on the idea of calming agitated protesters before they become ugly rioters.

"We show people how to de-escalate violence. We don't want people to get hurt," said Stone. "We also say that property destruction is virtually useless in a mass-protest. ... It needlessly puts a lot of people at risk."

And when police in riot gear move on a crowd, Stone added, demonstrators are told to simply sit on the ground and turn their backs to the officers.

"Showing someone your back is an act of trust," she said. "When we did it to the police in Seattle, it showed we weren't threatening and the officers semed to relax."

Shannon Wright, another Ruckus organizer, said the protesters have decided to converge on the Democratic National Convention because they feel citizens have lost control of the U.S. political system.

"The Democrats are the same as Republicans anymore, and the presidential candidates are like Coke and Pepsi," Wright said. "We're calling for a change."