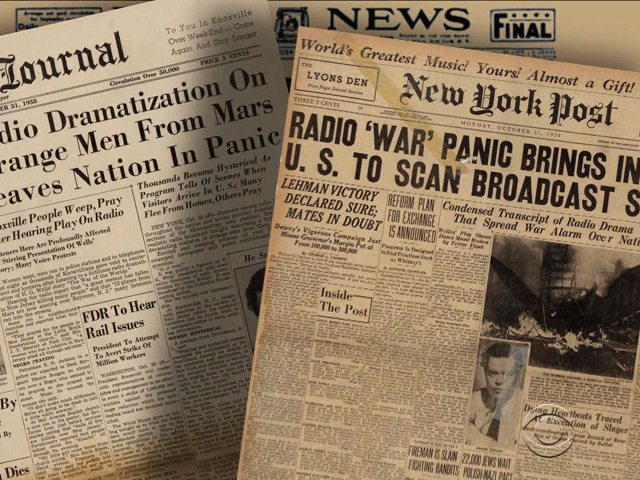 (CBS News) NEW YORK - At the age of 97, William Herz has a lifetime of memories to look back upon, but there's one dating back 75 years that stands out.

In 1938, Herz was a member of the Mercury Theater on the Air, a drama company founded by a little-known director named Orson Welles.

"He was a brilliant, wonderful, impossible human being," Herz says.

The Mercury Players broadcast on CBS Radio. On Oct. 30, Halloween Eve, they did an adaptation of H.G. Wells' "War of the Worlds." Herz, the only surviving member of the cast, read Welles' part during dress rehearsal.

"I really thought it was pretty far out and people would not respond to it," Herz says.

Herz couldn't have been more wrong.

The next day, newspapers were filled with stories of the chaos, and a stunned Welles was forced to address the critics.

"We are deeply shocked and deeply regretful about the results of last night's broadcast," Welles said at the time.

"He just did the biggest publicity stunt that had ever been done," Herz says, agreeing that it was the event that catapulted Orson Welles into the national consciousness.

It may be hard to imagine in our image-soaked modern world of Twitter and Instagram: There was a time not too long ago when people could imagine horror for themselves, proving that the good old days were not always better.

CIA director: Putin's military has many problems, "manpower only one of them"
Jim Axelrod