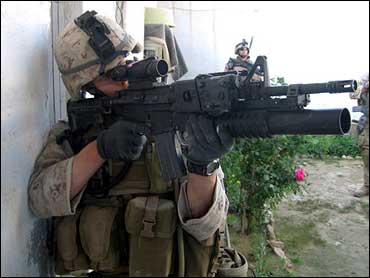 When President Bush ordered 28,000 additional troops to deploy to Iraq, he created a situation that will require major adjustments in the Army combat rotation cycle. There simply aren't enough troops to do the job and still maintain one-year combat tours in Iraq and Afghanistan and one-year tours of duty at home before being rotated back to the combat zones. Something has to give, and that something is Army readiness.

To meet the additional numbers required in Iraq, the Army will have to extend tours of duty there to 16 months and even back away from its one-year rotation to home stations policy. Many soldiers will not be home a year before being sent back to the combat zones as individual replacements or members of a deploying unit.

The adjustment s to extend combat tours and reduce the time for home station rotations has put the Army in a readiness death spiral. We do not have enough soldiers in the Army to meet our commitments.

The measures contemplated to fix the problem can be achieved temporarily by the extensions and reductions mentioned earlier. What can't be fixed is the time needed to maintain a high level of training and an equally high level of equipment maintenance. When troops are back home, they need time to recover and refresh themselves. They also need time to prepare themselves and their equipment for the next overseas deployment to the combat zones. For the past three years they barely accomplished all they need to do in the year they were home to be ready to go back into the fight. Giving them less than a year is unacceptable.

Shorter tours of duty back home will cause commanders to take shortcuts to accomplish mandatory training and equipment maintenance and recovery. The result will be a drop in overall combat readiness that will be compounded each time Army units go through their rotation cycles.

Eventually, Army units will be deployed to combat zones and will pay the price under fire for their lack of training and inadequate maintenance. Combat readiness will drop to unacceptable levels. Learning even some of the details of one's job in combat is a risky business, but our troops may have to do just that.

The readiness death spiral must be stopped. The best way to do that is to increase the size of our Army. Plans are underway to recruit an additional 65,000 soldiers. That is a good start, but it is too little, too late. If current rotations continue, the Army will need to increase by considerably more that 100,000 soldiers to reach a level where a high state of readiness can be maintained. That does not appear to be coming in the immediate future, so the death spiral will continue until someone wakes up and does the right thing or Congress takes matters into its own hands and ends the war.