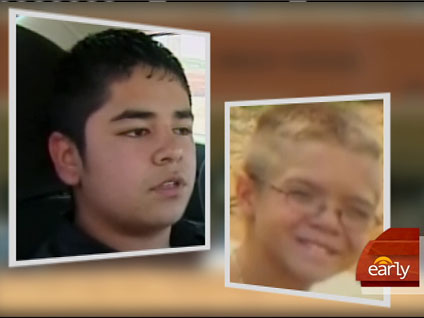 Ahmad Chalabi, a former Governing Council member wanted in Iraq on counterfeiting charges, has returned to the country to face the charges, an official from his political party said Wednesday.

Chalabi was issued an arrest warrant on Saturday by Iraq's Central Criminal Court, together with his nephew Salem Chalabi, who is wanted on murder charges.

Ahmed Chalabi had once been courted by Washington powerbrokers. He provided the White House much of the intelligence used to justify the war against Saddam. But recently American officials had become disenchanted, accusing him of sharing intelligence with Iran, reports CBS News Correspondent Kimberly Dozier.

Ahmad Chalabi had said he would return to clear his name and flew into Baghdad Wednesday afternoon, said Mithal al-Alusi, from Chalabi's Iraqi National Congress group.

"He is back among his people and trying to get some rest before returning to his political duties, trying to help the government and stop the violence," al-Alusi said.

Earlier Wednesday, al-Alusi had said that interim Iraqi prime minister Ayad Allawi had told Chalabi to remain out of the country until the premier could provide him proper security.

It wasn't clear if security arrangements had already been made by the time Chalabi arrived, but armed men pulled up outside Chalabi's Baghdad residence Wednesday evening, removing automatic rifles from the cars and taking them inside.

Judge Zuhair al-Maliky, Iraq's chief investigating judge who signed the warrants on Saturday, said it was up to the police and the Interior Ministry to carry out the warrant and arrest Chalabi.

"I'm not responsible for the arrest, it's for the police to deal with," al-Maliky said.

It wasn't clear if Salem Chalabi, who heads the special tribunal that will try former president Saddam Hussein, had also returned to the country.