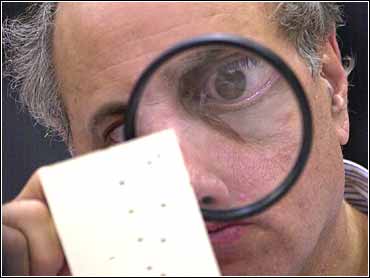 Returning to ground zero of the Florida election dispute, Florida Governor Jeb Bush Wednesday signed an election reform bill aimed at making sure the confusion of the 2000 election won't be repeated.

Bush signed the bill at a Palm Beach County office where much of the vote recount drama took place, saying Florida's new system will be a model for the rest of the country.

Bush and lawmakers set out to correct the problems when the legislative session began two months ago but didn't agree on a package until last Wednesday.

The governor was eager to change the system after the torturous recount process last year that delayed the election of his brother, President Bush, and left many Democrats believing former Vice President Al Gore really received more votes.

Punchcard ballots were blamed for tens of thousands of uncounted votes. The final tally had George W. Bush winning the state by just 537 votes.

Florida lawmakers passed the $32 million reform package Friday that eliminates punchcard and paper ballots and mechanical lever voting. All precincts would be required to have optical-scan ballot systems in time for the 2002 primary election.

Click here for a look back on the election controversy.
The legislation requires an automatic machine recount if the margin of victory in any race is one-half of 1 percent or less; a manual recount of the overvotes and undervotes if the margin of victory is one-quarter of one percent or less and directs Secretary of State Katherine Harris to draft rules for manual reviews.

Those rules would take voter intent into account and there would be a standard on judging oddly marked ballots. The bill also would allow provisional ballots for people who are not on voters list but say they are eligible to vote. Elections officials would later determine of the ballots are valid.

As part of the package, the punchcard ballots would be outlawed and counties would be given money to replace them with optical scanners. The machines read ballots on which voters fill in a bubble or complete an arrow, resulting in fewer errors than punchcards.

Counties would get another $6 million for voter education and poll worker training and $2 million would go toward creating a statewide voter database.

The bill had overwhelming support: The House passed the bill 120-0 and the Senate approved it 38-2. However, Democrats said the GOP used the situation to better position themselves in the next state election.

Republicans tacked on a measure that would prevent the state from matching private money that gubernatorial or Cabinet candidates receive rom out-of-state contributors, a move some Democrats dubbed "the Jeb Bush re-election act."

Bush, who plans to announce his re-election plans next month, would be on the 2002 ballot.