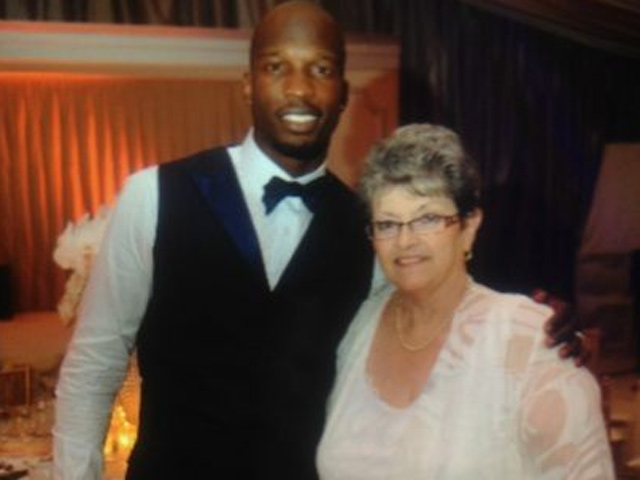 (CBS News) Chad Ochocinco wanted everyone to know that he got married on the Fourth of July, so much so that he live tweeted his wedding.

The avid Twitter user also invited one of his followers, 66-year-old grieving widow Cheryl Minton, to his St. Martin wedding.

"Live tweeting from my wedding...should be a first I'm assuming, music is playing, can't see my guests right now but they're here," he wrote on Twitter early in the evening.

Later he continued on, describing his pre-nuptial jitters. "I don't recall sending butterflies in my stomach an invite...and why am I shaking like I'm in Alaska," he wrote on Twitter.

Before his wedding, Ochocino invited Minton to his wedding after she initiated a conversation with him on Twitter about recently losing her husband. At the wedding the two posed for a picture that was later posted on his Twitter page.