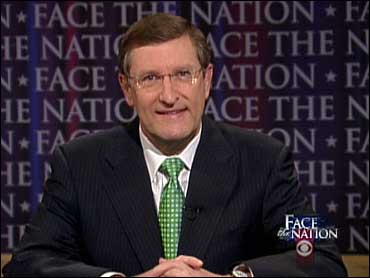 This story was written by Manu Raju and Patrick O'Connor.


Rep. G.K. Butterfield and Sen. Kent Conrad cosponsored the Employee Free Choice Act when it was introduced in the last Congress. This year? They both seem to have ... other things to do.

The two men are hardly alone.

Caught between Big Business and Big Labor in the midst of a deepening recession, moderate Democrats are washing their cars, polishing their silver, rearranging the pictures on their desks - anything they can do to buy some time while hoping that EFCA somehow goes away.

Eleven Democratic senators and 22 Democratic House members who cosponsored the 2007 version of EFCA - or "card check," as its opponents call it - have steered clear of the version unveiled this week by Education and Labor Committee Chairman George Miller (D-Calif.) and Sen. Tom Harkin (D-Iowa).

Hotsheet: Read a primer on the bill and the arguments made by supports and opponents.

Asked about EFCA Wednesday, freshmen Sen. Mark Udall (D-Colo.) - who cosponsored it last time in the House - wouldn't talk about it as an aide directed the reporter to call his office. A call to his office went unreturned.

On the House side, some moderate Democrats are hoping they can avoid taking a position on the bill until it's clear that it matters - that is, until Senate Democrats show that they've got the 60 votes they need to overcome a Republican filibuster.

"Why do we need to get bruised up if it's not going anywhere over the Senate?" Butterfield asked. "Let's get 60 votes in the Senate first."

Senate Majority Leader Harry Reid (D-Nev.) expressed confidence that Democrats could get 60 votes in the Senate, but he didn't promise to take the bill up promptly.

In the meantime, Big Business and Big Labor will be taking shots at each other over the airwaves and on Capitol Hill - and moderate Democrats will be trying to stay out of the line of fire.

"There are some members who want to stay out of the line of fire," said Bill Samuel, the director of government affairs for the AFL-CIO. "The business community has been extremely aggressive in running ads back home to spread misinformation about the bill."

Some members suggested Wednesday that they may get back on board when the time is right.

"It's not scheduled at this point," said Sen. Byron Dorgan (D-N.D.), a former cosponsor who hasn't signed on this year. "I've cosponsored and supported it in the past, and I expect to again."

But a number of key moderates who backed the bill in the past have withheld their names this year until negotiators cut a deal that will make the legislation more palatable for other members in the middle.

Freshman Sen. Mark Warner, a centrist Democrat from Virginia, wasn't in the Senate when the bill came up last time. Asked if he's supporting it this time, he said, "I think there are ways to improve it."

Warner said he believes the final bill needs to represent "balanced reform" that doesn't create unfair advantages for "either labor or business."

Even backers of the bill expect negotiators to make substantive changes.

Delaware Sen. Tom Carper backs the bill but doesn't want to get rid of the secret ballot. "I think that invites intimidation," he said.

Carper and others would like negotiators to change the rules for requiring arbitration "to make sure that they're reasonable."

Other are looking for cover from President Barack Obama, maybe in the form of a compromise version he could produce.

"I hope the president will soften this bill without gutting it," Butterfield said. "We've got to have leadership from the White House."

Some supporters suggest House passage could force Senate action, but Samuel dismissed this theory, saying, "The history of these things is that a House vote does not tend to put much pressure on the Senate."

"The issue is going to be terribly divisive," said Butterfield, who says he'll support this year's bill even if he isn't cosponsoring it. "We don't need anymore division in the Democratic Caucus or in our Congress."

Backers attribute this reluctance to the massive advertising campaigns that business groups are running in members' districts to pressure them to oppose the legislation.

A Miller spokesman attributes the withheld signatures to a "multimillion-dollar disinformation campaign from corporate interests."

"Once Congress engages in debate on the facts of the legislation, not outrageous falsehoods, I expect the bill will receive a similar level of strong support as it did in the last Congress," said Aaron Albright, a spokesman for the House Education and Labor Committee.

This year's rollout was more somber than it was in 2007, when a crowd of cheering supporters greeted the legislation with a raucous rally in front of the Capitol. This year, Miller and Harkin unveiled their bill at a joint press conference without any members of the elected leadership present.

By Manu Raju and Patrick O'Connor