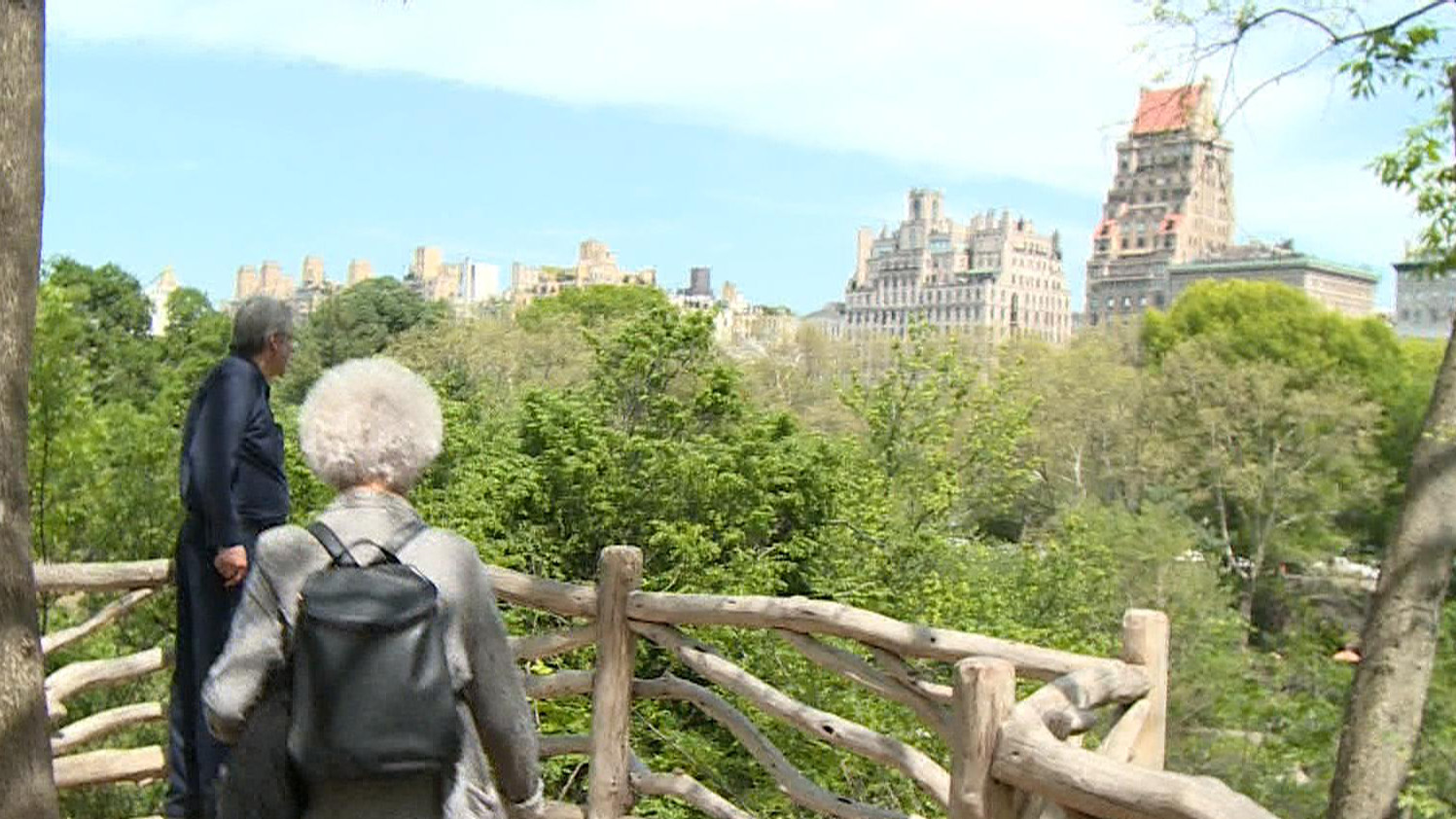 A secret section of New York's famed Central Park is now open to everyone after being closed for nearly a century.

Nestled on a peninsular overlooking a pond, the newly renovated Hallett Nature Sanctuary is a bird watcher's paradise with picturesque views, offering visitors a waterfall, nature trail and promenade with a unique perspective of the city.

"I think it is unusual to be in Midtown Manhattan and have a natural area that is accessible," said Lisa Kozlowski, the senior zone gardener. She said the four-acre habitat was overtaken by weeds, vines and vegetation after it was closed to the public. The original trails were practically impassable.

The sanctuary was closed in 1934 by then NYC Parks Commissioner Robert Moses, who wanted to make it a bird refuge. It was forgotten until the Central Park conservancy started renovations in 2001.

"It's very embracing and it just... feels like a magical place to us," said Sema Ghadamian. She and her husband donated money to help rebuild the promenade and she hopes the sanctuary will be a place to find tranquility.

"It feels a little like more enclosed and more cozy than other places in the park so I hope people come and enjoy it," Ghadamian said.

New Yorkers lined up to get their first peeks inside.

"It's just such a little pocket of serenity in here," said one visitor, Joseph Ornstein. "It's a nice view."

Kozlowski hopes the sanctuary will offer people a chance to step away from the hustle and bustle of the Manhattan streets and get lost in nature.

"I'm hoping folks will come here as one of the three natural areas of the park that we're currently restoring and find solitude, find peace, but also take a look at it -- the environment here, the plants, the wildlife," Kozlowski said.

The promenade is currently only open for three hours a day a few times a week. But even if you are not in New York City, you can get a tour by joining Miller on Facebook Live.