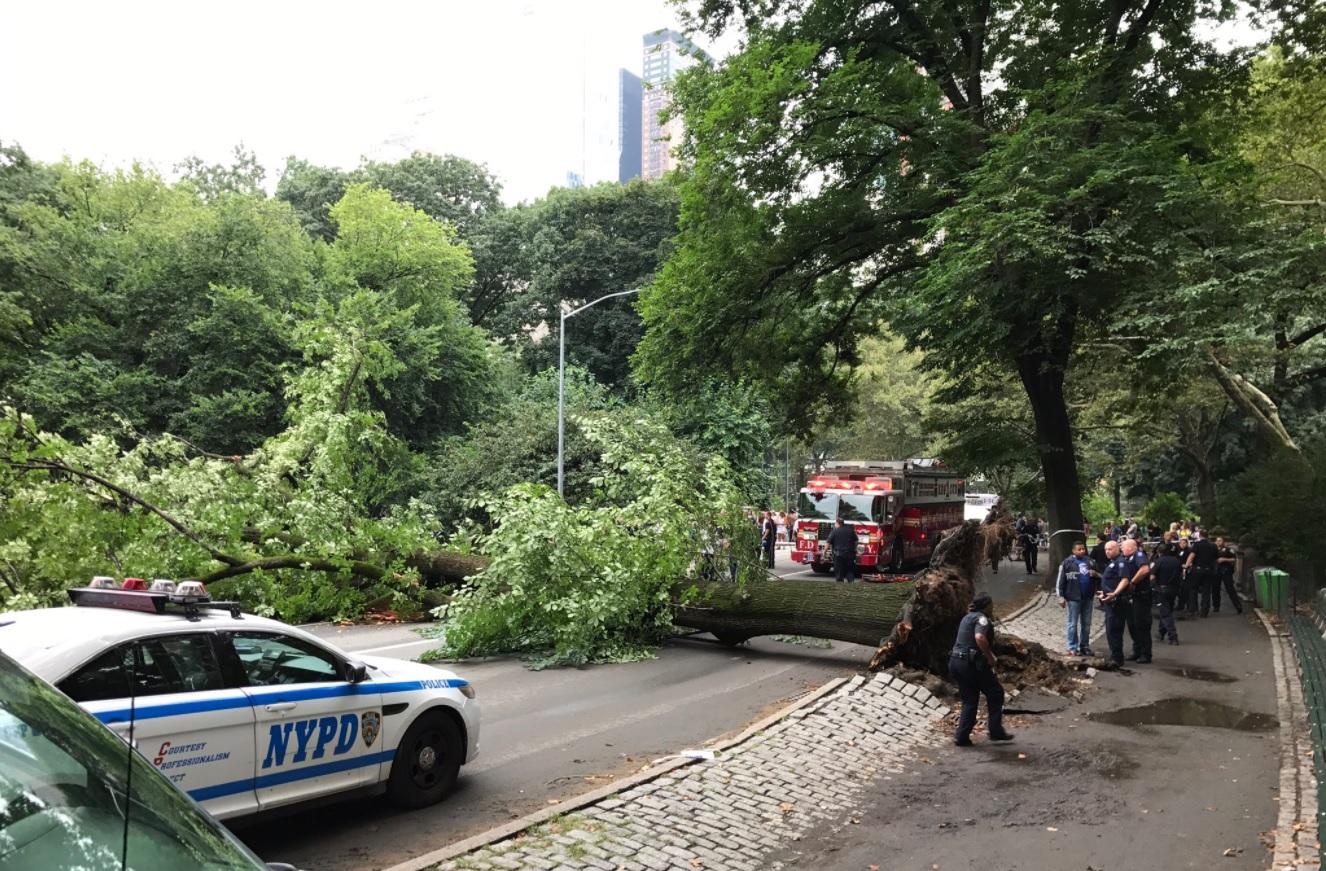 NEW YORK -- A mother and her three young children were hurt when a tree came crashing down in Central Park Tuesday morning, CBS New York reports.

Firefighters and police responded around 10 a.m. to the park.

Upon their arrival, authorities learned the 39-year-old woman was knocked unconscious while she was trying to save her children from being crushed. She was walking with a baby strapped to her chest and pushing the other two children in a stroller when the tree came crashing down.

The tree subsequently blocked a roadway in the park, prompting police to shut down the area to pedestrians, vehicles and bicycles until further notice.

A photo posted on Twitter shows a group of Good Samaritans rescuing the victims from underneath the tree.

"It started crackling, and it just fell within seconds," said Tammy Jones.

"It was giant, it was across all of them, we were able to pull the branches back and get the 3- and 4-year-old out pretty easily, but then the baby was strapped to her so that took a little bit," Jack Jones said. "They had the stroller tipped up against her so I think that kind of saved them."

All four of the victims were taken to New York-Presbyterian Weill Cornell Medical Center. The children have been listed in serious condition due to their age. The woman has been listed in critical but stable condition.

The Parks Department is sending crews to inspect and remove the tree.