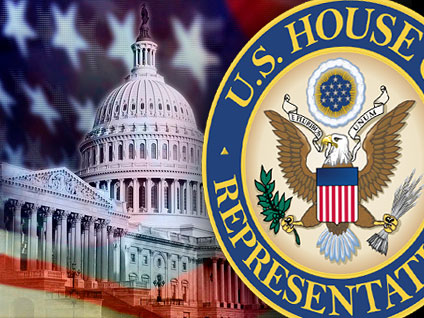 The Southern region of the United States will see its influence increase in the House of Representatives and the Electoral College in the next decade as a result of the 2010 U.S. Census, while the midwest and the northeast will have less clout. The biggest winner out of the government's decennial population count? It is without a doubt the state of Texas, which will see its House delegation and Electoral College representation increase by four seats.

And the losers? President Obama, for starters. Based on the results of the 2008 election, he will have a more challenging electoral map to face come 2012 thanks to the U.S. Census Bureau numbers released today.

The Census bureau announced that the U.S. population as of April 1, 2010 stood at 308,745,538. The state breakdown of the population -- including undocumented immigrants -- impacts the apportionment of the 435 seats in the U.S. House of Representatives. It also determines the apportionment of the 538 Electoral College votes used to elect the president of the United States. (The number of electoral votes granted to each state is equal to the number of representatives a state has in the House and the Senate.)

You'll note that of the 10 states that are losing House seats and electoral votes, Louisiana is the only one from the South, which as a whole grew faster than any other region.

The shift in seats reflects the population shift over the last 10 years. The South and the West saw the fastest growth, while the Northeast and Midwest grew at more sluggish paces. As for Louisiana's loss of a seat, some are questioning whether the shift can be attributed to the aftermath of Hurricane Katrina. Census Bureau Director Robert Groves today gave no indication of the root causes for the population shifts.

Politically speaking, the shift translates into a growth in "red" states. Five of the eight states that are gaining seats gave their electoral college votes to Republican candidate John McCain in the 2008 presidential election, while eight of the 10 states losing seats went to Mr. Obama. If the new apportionment were applied to the 2008 presidential election, Mr. Obama would have had a net loss of six electoral votes.

Of course, it's hard to predict exactly what the losses and gains will mean for candidates in 2012. The Democratic Party is pushing back against the notion that the re-apportionment is a huge loss for the party.

"Democratic communities and constituencies have grown in size in states like Arizona, Florida, Nevada, and Washington," Steve Israel, chairman of the Democratic Congressional Campaign Committee, said today in a statement. "In states that will lose a seat, the number of Republicans who will be competing with each other creates opportunities for House Democrats."

In Texas, the population surge is largely attributable to the growing Latino population. While the redistricting process depends quite a bit on politics at the local level, it would be difficult for Texas lawmakers to redraw their House map without reflecting that growth. As Latinos see their influence rise in Texas, the Democratic party would, presumably, as well.

The actual redrawing of the House map won't begin for a few more months, when the Census Bureau releases data at the county level.

Who is breathing a sigh of relief today? Republican Rep. Michele Bachmann of Minnesota, who may have been seen her seat eliminated from the House had her state lost representation. Her vulnerable position was somewhat ironic, given that the firebrand conservative last year criticized the Census Bureau's surveying methods -- potentially detracting from the Bureau's efforts to get as much participation as possible. Thankfully for Bachmann, Minnesota's representation remains unchanged.