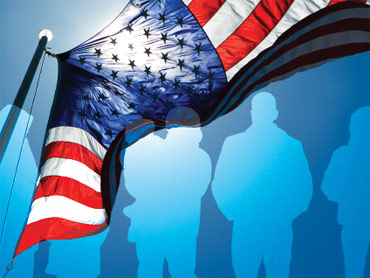 Faced with record levels of red ink into the foreseeable future, Washington is spending $2.5 million to create buzz for the census - by advertising during the Super Bowl.

The Census Bureau is hoping to exploit the strong ratings from this annual attraction, aiming to get more participation from people who now seem disinclined to mail back a government questionnaire or even answer the door.

Census officials call it a good investment, saying the front-end costs of purchasing the ads can be quickly recouped if they succeed in encouraging people to mail back their census forms. A recent poll found nearly 1 in 5 residents said they may not fill them out, mostly because they were unfamiliar with the census or weren't interested.

The government relies on the census not only to learn about Americans and their lives but also to parcel out federal dollars and, as required by the Constitution, to determine the number of U.S. House seats representing each state. The census officially began last month in rural Alaska, and most of the U.S. will receive their forms by mail the week of March 15.

Not everyone is happy about spending taxpayer money to tout the census during the Super Bowl.

Sen. John McCain, R-Ariz., tweeted this week that the government "shouldn't be wasting $2.5 million taxpayer dollars to compete with ads for Doritos!" Sen. Johnny Isakson, R-Ga., called on the Census Bureau to justify every dollar of its $133 million ad campaign, citing the tight economic times.

There's no such lack of interest on the part of the mayors, county commissioners, governors, Congress members and state legislators - a host of public figures ranging from city hall to the U.S. Capitol - who hang on every census because the head count determines the size and shape of legislative districts and, equally critical, just how much money the various localities get from some $400 billion in federal aid.

Plans for the Super Bowl commercials come after the House voted Thursday to increase America's debt by $1.9 trillion - to $14.3 trillion - or over $40,000 for every man, woman and child the Census Bureau hopes to catch in its count.

In the ads, actor Ed Begley Jr. plays a film director in the ad spots, where he announces with flourish a new project that will create a portrait of "every man, woman and child in this beautiful country of ours ... a snapshot of America." Looking quizzically, two onlookers whisper, "Isn't that what the Census is doing?"

It's an ad buy the Census Bureau believes worked well during the 2000 census, when it ran similar spots during the Super Bowl for the first time. This year's $2.5 million deal, which the agency says could reach 45 percent of all U.S. adults, includes two 30-second pregame spots, two or three on-air mentions by sportscaster James Brown and a 30-second ad during the third-quarter.

The Census Bureau says few events can match the Super Bowl's reach of 100 million TV viewers. That's because for every percentage point increase in the mail response rate, it saves an additional $85 million to find and count those people.

The government plans additional census spots during the Winter Olympics and Daytona 500, as well as road tours throughout the country, including the Mardi Gras celebrations in New Orleans and Chinese New Year celebrations in San Francisco.

Subsequent census ads will encourage people to mail in their form with themes such as "It's in your hands" and "We can't move forward until you mail it back." They will followed later by spots aimed at letting people know that census-takers may be visiting their homes.