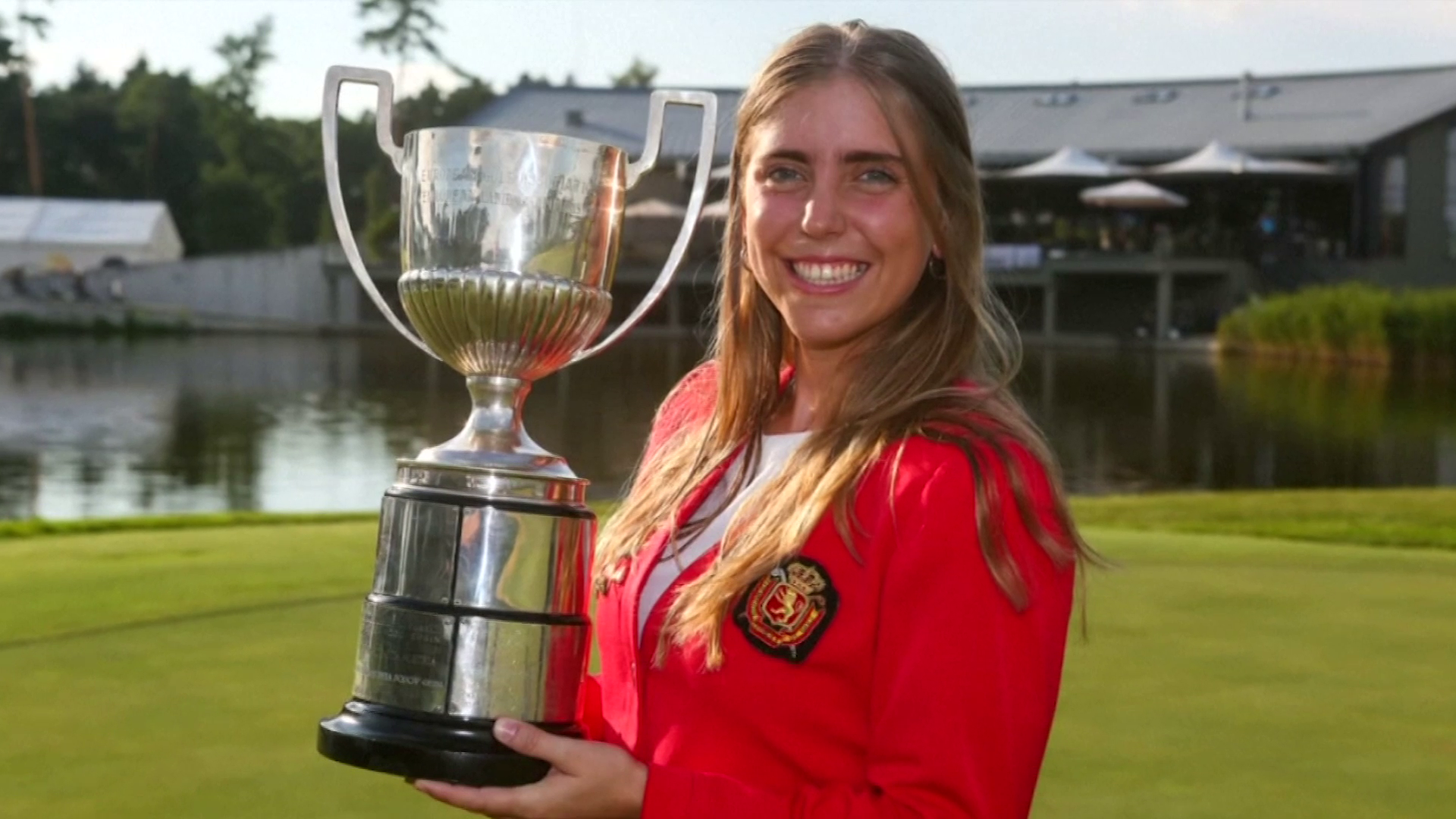 AMES, Iowa -- A homeless man attacked and killed a top amateur golfer from Spain who was playing a round alone near her university campus in central Iowa, leaving her body in a pond on the course, police said Tuesday. Collin Daniel Richards, 22, has been charged with first-degree murder in the death of Celia Barquin Arozamena, a student at Iowa State University.

He was ordered jailed Tuesday on a $5 million, cash-only bond. CBS affiliate KCCI-TV reports that a conviction on first-degree murder carries a mandatory sentence of life in prison without parole in Iowa, which does not have the death penalty.

Barquin was found Monday morning at Coldwater Golf Links in Ames, about 30 miles north of Des Moines. Police were called to the course around 10:20 a.m. to investigate a possible missing female after golfers found a golf bag with no one around it.

Officers found Barquin's body some distance from the bag, with several stab wounds to her upper torso, head and neck, according to the criminal complaint filed Tuesday.

"It's still very troubling for something like this to happen in broad daylight in a community that is as safe as Ames is," Ames police Cmdr. Geoff Huff said at a news conference Tuesday.

Golfer Harley Thornton told KCCI that he and his three golfing friends met a woman on the course Monday morning — but when they got to the 9th hole, her golf clubs and cellphone were sitting there but she was no where in sight.

"This was very strange and not right," Thornton said. "There is no reason to abandon your clubs in the middle of the fairway.

He called the clubhouse, then called 911. Ames police interviewed Thornton to get a grasp on the timeline.

It is the second fatal stabbing of a female student in Iowa in recent months. An immigrant from Mexico is charged in the July 18 kidnapping and stabbing of University of Iowa student Mollie Tibbetts, who vanished while out for a run in the small town of Brooklyn.

Barquin, the 2018 Big 12 champion and Iowa State Female Athlete of the year, had no known prior relationship with Richards, Huff said.

Richards, who faces a mandatory sentence of life in prison if convicted, reported in a financial affidavit that he has no job. Paul Rounds, a public defender assigned to represent him, filed paperwork asserting his right to not speak to investigators. Rounds declined comment.

A police dog tracked Barquin's scent to a homeless encampment along a creek near the golf course, where Richards had been living in a tent, the complaint said. Officers found Richards with several fresh scratches on his face consistent with fighting, and a deep laceration in his left hand that he tried to conceal, it said.

An acquaintance of Richards told investigators that the suspect had said in recent days that he had "an urge to rape and kill a woman," the complaint said. A second acquaintance told police that Richards arrived at his home on Monday appearing "disheveled and covered in blood, sand and water." He bathed and left with his clothes in a backpack.

Investigators later recovered two pairs of shorts with blood stains and a knife that Richards allegedly gave to two other people after the slaying, the complaint said. Those two individuals were driving Richards out of town after the slaying, but he asked them to drop him off near the camp so he could get his tent. Officers later encountered and arrested him.

The university said Barquin, a native of Puente San Miguel, Spain, was finishing her civil engineering degree this semester after exhausting her eligibility at Iowa State in 2017-2018. Iowa State President Wendy Wintersteen said in a statement on Twitter that she was "deeply saddened" by Barquin's death.

She was one of the most accomplished players in Cyclone golf history. In April, she became the second women's golfer at Iowa State to earn medalist honors at a conference tournament when claiming the 2018 Big 12 Championship. She did it with a three-shot victory.

Barquin, who was ranked No. 69 nationally by Golfweek, ended her career as a Cyclone with a fourth-straight NCAA Regional appearance and earned All-Big 12 Team honors for the third time — the second player in Iowa State's history to do so.

She was the third Cyclone women's golfer to compete in the U.S. Women's Open Championship, the university said. The team announced Tuesday it was pulling out of the East & West Match Play in Ann Arbor, Michigan, to be with friends and family and to grieve their loss.

Head women's golf coach Christie Martens said in a release that Barquin was a well-loved "outstanding representative of our school."

"We will never forget her competitive drive to be the best and her passion for life," Martens said.

Late Tuesday night, the Iowa State Athletics Department issued a statement on Twitter, writing that there will be a tribute Saturday.