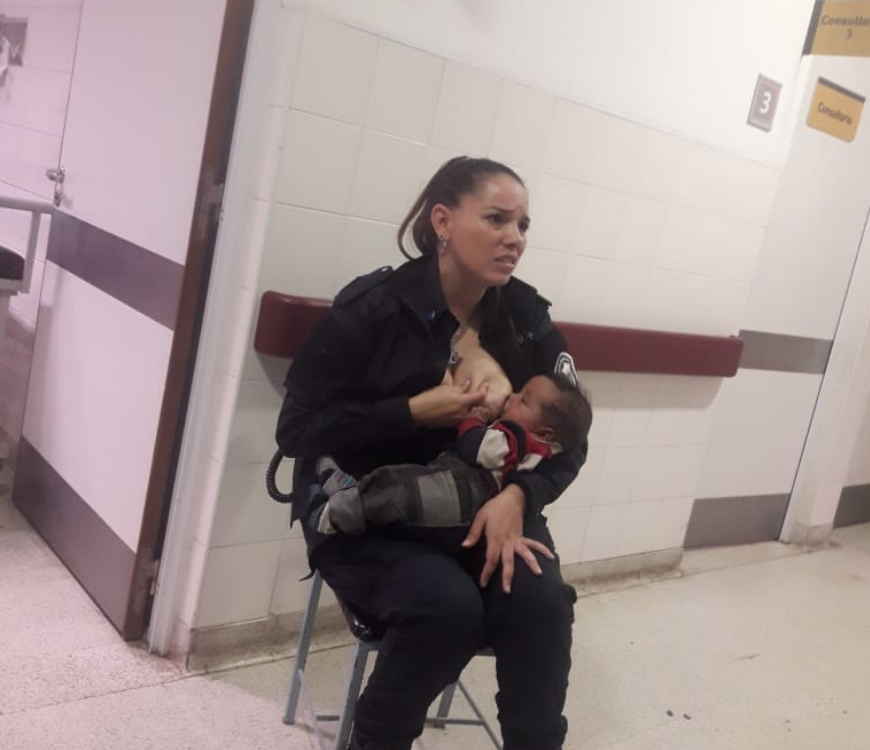 A police officer in Argentina performed a "gesture of love" after she heard a crying baby that needed to be fed. Officer Celeste Ayala breastfed the malnourished infant, a moment that was captured in a photo and went viral on social media.

Ayala was working her shift Tuesday at Sor María Ludovica in Buenos Aires when the 6-month-old baby was brought in along with five of her siblings by social workers to the hospital, according to Argentine news outlet Clarin. The children were all malnourished and the little girl's cries prompted Ayala, a mother of a newborn herself, to do something.

With the permission of hospital staff, she sprang into action, comforting the baby and breastfeeding her until she stopped weeping. One of her colleagues caught the special interaction in a photo.

"I want to make public this great gesture of love that you made today with that baby, who you did not know, but for who you did not hesitate to act like a mother," said Marcos Heredia, who posted the image to Facebook. "Things like that are not seen every day."

That picture went viral -- garnering at least 111,000 shares -- with thousands of commenters from across the globe praising Ayala for her heroic actions.

The fire department in the city of Berisso, where Ayala volunteers, was also boasting with pride.

"Actions like that of this cadet fill us with pride and force us to redouble our efforts, work and solidarity with our community," the department wrote on Facebook.

Cristian Ritondo, minister of security of the Province of Buenos Aires, promoted Ayala from officer to sergeant days after the photo went viral.

Ritondo also expressed his gratitude to Ayala on Twitter, writing: "We wanted to thank you in person for that gesture of spontaneous love that managed to calm the baby's cry."

Land artist Jon Foreman, whose canvas is a beach
More