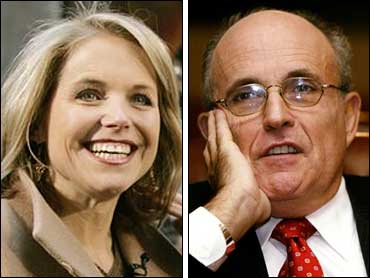 Celebrities can send people to the doctor. More than half of adults in a nationwide survey recalled celebrity endorsements for cancer screening, and more than a fourth said the pitch made them more likely to get tested, researchers report Tuesday in the Journal of the National Cancer Institute.

The government-funded survey, by scientists at Dartmouth Medical School, marks the first attempt to assess the impact of those high-profile endorsements. It targeted 500 men and women of the appropriate age to consider PSA screening for prostate cancer, mammograms for breast cancer and — for both genders — colorectal cancer screening either by colonoscopy or sigmoidoscopy.

Most of the time, the celebrity endorsements didn't affect screening decisions, the researchers found.

But of those who recalled seeing endorsements, between 25 percent and 37 percent said it made them more likely to get one of the three screenings.

No one knows whether the endorsements increase cancer testing among the people who stand to benefit most, the researchers cautioned.

"Screening is increasingly recognized as a two-edged sword," they wrote, noting that while early diagnosis often helps, cancer screening also can bring unnecessary testing and treatment.

"Celebrities should be judicious in using their powers of persuasion," they concluded. "When it comes to communicating about complex decisions such as cancer screening, the goal should not be to persuade but to inform."