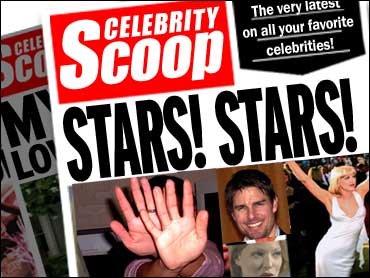 Kate Hudson shares a production company, Cosmic Entertainment, with three family members: brother Oliver, her mother, Goldie Hawn, and Hawn's longtime companion, Kurt Russell. But the 23-year-old actress, raised by Hawn and Russell -- whom she calls "Pa" -- says she has no plans to work on screen with her family. "We don't really think about that," Hudson told The Associated Press in a recent interview. "I would love to work with my Pa. I think he's such a wonderful actor, and obviously working with my mom would be great. They're both so talented. But it's not something we're actively looking for."

Hudson, star of 2000's "Almost Famous," recently moved back to Los Angeles from New York with her husband, rocker Chris Robinson, to be close to Hawn and Russell. But they're in Canada with Hudson's youngest brother, Wyatt Russell, and Oliver Hudson is in North Carolina filming episodes of the WB's "Dawson's Creek." "I've been traveling my whole `adult childhood,' from 18 to 21, and now that I'm doing two movies in L.A., no one is here!" Hudson laughed. She co-stars with Matthew McConaughey in the romantic comedy "How to Lose a Guy in 10 Days," which opens in theaters Friday.

The second "Bachelor" is still a bachelor. Aaron Buerge, a 28-year-old banker from Springfield, Mo., proposed to Helene Eksterowicz at the end of the second season of "The Bachelor," ABC's romance-reality series in which an eligible guy chooses a bride from among 25 hopefuls. An estimated 29 million viewers watched the Nov. 20 finale, as Buerge got down on one knee and placed a diamond ring on Eksterowicz' left hand. (He refused to let the show spring for the rock, and insisted on buying it himself.) Now, he says in the Feb. 17 issue of People magazine that the engagement was over by New Year's. "There has not been any dagger throwing," Buerge said, adding that neither had been unfaithful. He said he and Eksterowicz, a 27-year-old school psychologist from Gloucester City, N.J., stay in touch by e-mail, and will explain why the romance died on a Feb. 20 ABC special. So did Eksterowicz keep the ring? "That will be revealed," a network spokeswoman said Wednesday.

Actor Michael Douglas wrapped up a trip to war-ravaged Sierra Leone on Wednesday, checking out vast stockpiles of surrendered arms and talking with victims of the ruthless 10-year conflict. Douglas, also a U.N. peace envoy, is producing a film with the United Nations on the West African nation's child soldiers. "I am impressed with how many kids are keen on getting back to school, in places really war-torn," the 58-year-old actor said. Sierra Leone is recovering from one of Africa's most brutal wars, one that saw tens of thousands killed, raped and maimed as rebels battled to gain control of the nation's diamond fields and government. Douglas arrived Saturday and has spent most of his time in the eastern Kono diamond-mine district. His work is meant to show the wartime role of child soldiers, and their reintroduction back to their families and communities.

Ice-T, a star of television's "Law & Order: Special Victims Unit," acknowledged he's the father of a Board of Education clerk's 15-month-old son and was ordered to pay $4,000 a month for temporary support for the child. He waived his right to a paternity trial Tuesday after Manhattan Family Court Hearing Officer David Kirschblum said a DNA report proves the rapper-actor is the father of Kevin Ice Marrow. Ice-T, whose real name is Tracy Marrow, initially denied he was ever intimate with Linda Marie Sanchez, 27, whom he met at Jimmy's Bronx Cafe in November 2000; she sued for support. By waiving his right to a paternity trial, he in effect acknowledged he's Kevin's father. Sanchez' lawyer, Suzanne Kimberly Bracker, asked for $8,000 a month, but Kirschblum awarded Sanchez $4,000 a month, pending the outcome of a trial on a final support amount. Bracker said Ice-T, 45, who lives in a penthouse apartment in Manhattan and has a home in Beverly Hills, Calif., is supposed to start paying the support by Feb. 15. Ice-T told the court he earns about $25,000 for each of 22 episodes a year of his television show. He also lectures a few times a year for about $5,000 to $10,000 per appearance and is starting a new clothing line called Ice Wear. Bracker said Sanchez lives in the Bedford section of the Bronx and takes home $589 every two weeks as a clerical worker at the city Board of Education.

Director Ridley Scott says moviegoers are becoming savvy enough to second-guess filmmakers and that's why deleted scenes, documentaries and unused endings are such popular DVD features. "Audiences have now gotten into the editing room with filmmakers and stars," said the director, who offers an extended ending to "Thelma & Louise" on a DVD of the film released Tuesday. "Now everybody's interested in the process and so we have to say, 'This is how we made it.'" The British-born Scott, whose other credits include "Gladiator," "Alien" and "Black Hawk Down," said such curiosity is healthy but comes at a cost of dispelling some of the mystery of moviemaking. "That makes it harder to scare people, harder to make people laugh because they're familiar with all the tricks," he said. The DVD of "Thelma & Louise," starring Susan Sarandon and Geena Davis as two lawless Southern women on the run after killing a would-be rapist, includes 30 minutes of deleted material and a documentary with shots of an unreleased erotic romp between Davis and co-star Brad Pitt.

Kelsey Grammer, already signed for an 11th season of "Frasier," says he'd consider doing one more year. That would make psychiatrist Frasier Crane the longest-running primetime character on television, at 21 years, including the time on "Cheers." Grammer tells TV Guide in its Feb. 8 issue that he's satisfied with his payday. At $1.6 million an episode, "I'm making enough," he says. He recently completed a guest role on CBS' "Becker," which reunites the 47-year-old actor with "Cheers" co-star Ted Danson. That episode is set to air Sunday at 8 p.m. EST. "We're just two old sluggers," says Grammer. "We just step into the ring and have fun."

"The Vagina Monologues" is getting a few extra chapters. Eve Ensler has written new monologues for her groundbreaking stage show that celebrates female sexuality and explores issues such as sexual violence against women. The new monologues will be read by Claire Danes and Marisa Tomei at an all-star "V-Day" benefit Feb. 13 in New York; Rosario Dawson and Shiva Rose will perform them Feb. 24 in Los Angeles, the V-Day organization said Tuesday. Now in its fifth year, "V-Day" events aim to help end violence against women and girls across the globe. So far, the organization says it has raised $14 million for that effort. This month's "V-Day" benefits also will feature scenes from an upcoming documentary about V-Day titled "Until the Violence Stops." The film, which is still in production, will feature interviews with women from nine countries who've been victims of sexual trafficking, rape, genital mutilation and other attacks.

A man who helped steal a 1989 Porsche 911 belonging to actor Nicolas Cage has been sentenced to five years in prison. Michael Gramling, 20, of Arnold, a St. Louis suburb, pleaded guilty last year. He was sentenced Monday in Jefferson County Circuit Court. In January 2002, Missouri Water Patrol divers found the $100,000 car at Lake of the Ozarks, submerged in 12 feet of water. It had been stolen a month earlier from a parking lot in Arnold while in a transport trailer on its way from California to Pennsylvania. Another defendant, Scott Air Force Base airman Robert Clerkin, 21, was previously tried on stealing charges in a military court and sentenced to six months in the stockade. His sentence includes a rank reduction, forfeiture in pay and a letter of reprimand.