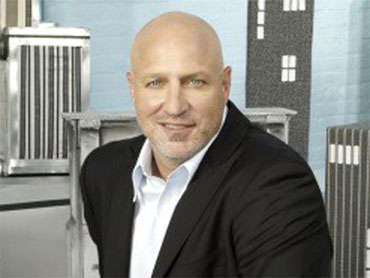 They are James Beard award winners, Food Network stars, Top Chef consultants and cook some of the most prized dishes in the country. Now they have a single message: Stop worrying about seafood from the Gulf of Mexico and start buying it.

With dozens of idle shrimp boats docked in the marina where they spoke, the chefs came to get a firsthand look at the safety and availability of Louisiana seafood.

"The Gulf is a big area and it's still being fished," said Tom Colicchio, a James Beard winner, owner of several restaurants and a judge on the television series Top Chef.

Colicchio said he usually prefers seafood from the North Atlantic, but pledged to serve Louisiana seafood in his restaurants.

Although fishing has been shut down in some areas of the Gulf because of the massive BP oil spill, 70 percent of the Gulf remains open and seafood in those areas is untainted, said Robert J. Barham, secretary of the Louisiana Department of Wildlife and Fisheries.

"Between us and the DHH, we are testing the water and the seafood every day," Barham said. "That's hundreds and hundreds of tests on oysters, shrimp, finfish."

"To my knowledge there has been no finding of hydrocarbons in any seafood we've tested," he said.

The problem is a perception both in Louisiana and around the world, that Gulf seafood is tainted by the spill, said Harlon Pearce, a seafood processor and chairman of the board of the Louisiana Seafood Promotion and Marketing Board.

"A survey done by LSU had 57 percent of the respondents in Louisiana saying they would be very cautious about buying our seafood," Pearce said. "We can't afford that. It took five years to get their market back after the Valdez leak."

Seafood is a $2.4 billion industry in Louisiana, which supplies 30 percent of the seafood eaten in the nation.

"We have chefs from across the country here to support our fishermen and tell the world the seafood from Louisiana is safe to eat and as delicious as ever," said John Folse, a well-known Louisiana chef and expert on Cajun cuisine. "We want to support these fishermen and we want to get them back to work."