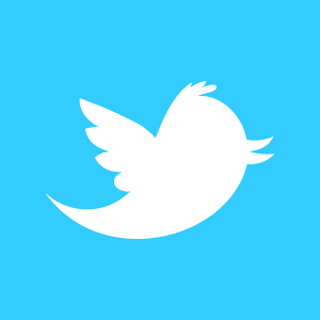 (CBS/AP) Celebrities are using Twitter more and more as a way to get paid, instead of a way for users know their inner thoughts in 140 characters or less.

It is not uncommon now for celebrities to use their Twitter page as a glorified ad page.

Rapper Snoop Dogg gave props on Twitter to an ad for the Toyota Sienna minivan. Actress Tori Spelling linked to a website for rental cars. And reality TV star Khloe Kardashian Odom soliloquized about the brand of jeans that accentuates the famous Kardashian behind.

Celebrities can get paid as much as $10,000 or more per post to pontificate about clothes, cars and movies on Twitter.

Twitter, which has been around for five years, is changing the business of celebrity endorsements. Many start-up firms are setting up companies with stars who get paid to praise products to their thousands and sometimes millions of Twitter followers.

Although, any sort of promotion on Twitter is short-lived. Research firm eMarketer estimates that only 11 percent of U.S. adult Internet users are on the micro-blogging site. And even though some celebs have faithful groups of followers, it can be hard to measure whether their tweets lead people to spend.

But, celeb tweets can still be a way to grab a captive audience. In addition, a celeb tweet is cheaper than a traditional advertising campaign. A tweet from Khloe Kardashian Odom costs about $8,000, and one from singer Ray J is about $2,300, according to prices listed by social media marketer Izea.

Dan Smith, vice president of marketing for the website CampusLIVE, which helps advertisers connect with college students, hired Izea to help him get a celebrity to tweet about his company. Izea gave him a short list, which included names like "Jersey Shore'' reality TV star JWOWW, comedian Michael Ian Black and rapper Bow Wow.

Smith polled his interns and they picked Lindsay Lohan, the actress most famous for her run-ins with the law. According to Smith, CampusLIVE paid Lohan about $3,500 for one tweet: "These challenges for college kids on (hash)CampusLIVE are SO addicting!''

The post to Lohan's 2.6 million fans drove about 4,500 clicks to the website, Smith said. But he also said he wasn't sure if he'd use her again - not because of her troubles, but because he's already tapped her fan base.

Twitter generally allows the paid tweets, as long as they're posted manually and not automated by a computer program. The Federal Trade Commission suggests endorsers end their tweets with the (hash) symbol, called a hash tag, and the letters "ad'' or "spon,'' short for "sponsored by,'' to clarify that they're ads.

"The more transparent you are with your audience on Twitter, the more powerful that connection is,'' said Rachael Horwitz, a company spokeswoman.

Ed Aranda, a 27-year-old graphic designer and copy writer in Erie, Pa., doesn't like celebs mining their fans' trust to sell a product. Still, he thinks those reading the tweets should take realize they're ads.

"If you can't tell snake oil when it's being sold to you,'' Aranda said, "then you probably deserve what you're buying.''