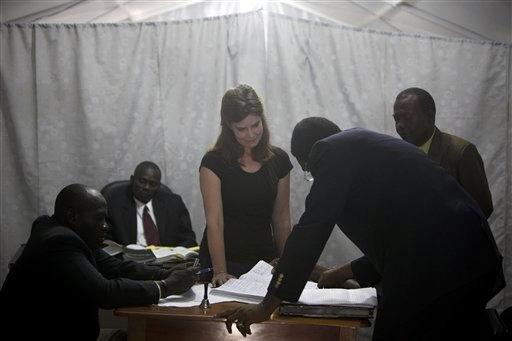 Entertainment journalist Jill Rappaport combined her early love of horses and celebrity with her sister Linda Solomon's love of photography to create the new book, "People We Know, Horses They Love."

She speaks about the book on Friday's The Early Show. Here are some of her additional impressions about celebrities and their horses, as well as an excerpt from the part of her book that features Hilary Duff.

"I grew up loving 'National Velvet' and Elizabeth Taylor. I was obsessed with her and tried to find every Liz Taylor in Hollywood when I was a kid," says Rappaport. "It's really amazing. I'm not the only one in the world with this craziness for horses. Everyone in the book is just like me."

"What I love about the book is that it's all about the love of animals and the true passion of these celebrities when they are away from the limelight. It's about their being with nature," she says. "As rich and powerful as these people are in their own right - it's the animals that really make them who they are. They are all about loving their animals."

Rappaport's sister Linda Solomon says she liked working on this book because it showed celebrities in their natural environments. "I was amazed that we had such access," says Solomon. "These celebrities were proud to show their horses. At none of the shoots were there any assistants, any public relations people. No one asked for photo approval. There was a trust and a willingness to share their love of their horses."

Here's what Rappaport had to say about the following celebrities:

RICHARD GERE:
Rappaport says that Gere is passionate about Appaloosas, bred by the Nez Perce tribes of the Northwest. They were probably the first selectively bred horses in America. Gere and his wife Carey Lowell own four Appaloosas. Gere is very active in the "Chief Joseph Foundation," which focuses on the Nez Perce cultural preservation, emphasizing kids and horse programs. Gere really loves his horses. Rappaport quotes him as saying, "First horses are like your first girlfriend. You never forget."

CHRISTIE BRINKLEY:
People might be surprised to find that Brinkley is a champion cutting horse rider. Cutting horses are those that are used to herd cattle. Brinkley became interested in the sport in the early '90s and even put together her own cutting horse show. Rappaport says the sport is dangerous, but Brinkley feels no fear when she is riding. However, Rappaport adds, "She's not doing that much anymore since the birth of her children."

ROBERT REDFORD:
How did they get Robert Redford to agree to be in the book? Rappaport said she wrote him a very funny letter and he agreed to do it. Her sister Linda was a nervous wreck. Suddenly they found themselves out with Redford and then in his study doing an interview. Rappaport admits to "picking the smallest bench" so she could sit close to him. She says, "Roy Rogers and Trigger inspired Robert Redford and gave him his passion for Palominos." She says that Redford's love of horses is very much a part of his being an environmentalist and getting back to nature. Linda shot the photos and Rappaport taped the interview on the same day. At the end of the session, she checked the tape and found that she had failed to record any of the interview. She says he was "adorable" and graciously agreed to do it again.

DENNIS QUAID:
"He's all 'hands-on.' He takes care of his horses himself and enjoys hanging out with them," says Jill. "He's a fearless rider. He rides very fast and covers a lot of ground. And he's got this adorable little dog, Clyde, who rides with him, holding onto Dennis." Quaid has a ranch in Montana. After being there a few days, he can't imagine leaving to go back to L.A. In the book Quaid says: "I love the way the world looks on horseback, the way it moves by…You get to experience the sound of your own heartbeat and the sense of silence that is so important to us all."

MARIA SHRIVER:
Maria Shriver agreed to be in the book early on - before her husband Arnold Schwarzenegger announced he would run for governor of California. She says riding and horses were a big part of her growing up. Shriver was always surrounded by a lot of boys, and horses were her way of doing something on her own. The shoot for the book happened just after Shriver's horse died, and she was still mourning its loss. The photos of her in the book are with Schwarzenegger's White Andalusian.

KELSEY AND CAMILLE GRAMMER:
Riding is a "form of therapy" for Kelsey Grammer. And, Rappaport says, "He's got a 'great seat.'" That refers to the way he sits on the horse and rides. Rappaport says that he's a very elegant rider and he adores spending time with his horses in the outdoors.

Here is an excerpt from "People We Know, Horses They Love."
HILARY DUFF

Hilary Duff has become indelibly etched into the hearts and minds of "tweens" around the world on the strength of her winning and slightly quirky and klutzy performance on the mega-hit television show, "Lizzie McGuire." The sixteen-year-old phenom has already starred in four much-talked-about films, including "Agent Cody Banks," "The Lizzie McGuire Movie," "Cheaper by the Dozen," and, in 2004, "A Cinderella Story."

On the heels of her big-screen success, Hilary has branched out into music, recording a Christmas album in 2002, performing on the platinum-selling "Lizzie McGuire Movie" soundtrack, and in the fall of 2003 releasing her own CD, "Metamorphosis," that hit number one on the music charts. Hilary has also recently launched her own fashion line, aptly named Stuff by Hilary Duff, which is being sold exclusively at Target Stores across the country.

Growing up on a family ranch outside of Austin, Texas, Hilary has always had a passion for horses. Deeply philanthropic, she has combined her love of these animals with an important cause, serving as Youth Ambassador for Return to Freedom, the American Wild Horse Sanctuary, located just thirty miles north of Santa Barbara, where she was photographed for the book. Her involvement with RTF will include spearheading the Sponsor-a-Horse national classroom program that will help raise much-needed funds for taking care of the more than two hundred wild horses currently at the Sanctuary.

"I've loved riding and being around horses ever since I was little. My family owns a ranch outside of Austin with lots of land and a great house, and my parents used to put my older sister, Haylie, and me on the ponies when we were babies. We may have been just about able to sit up, but we knew we had to hold on tight.

I started riding at the age of four, and for the next several years Haylie and I were lucky enough to have two Shetland ponies and a Welsh. Our favorites were the brown and white brother and sister Shetlands that we named Cinnamon and Sugar. They were really beautiful and quite small—the perfect size for us. Cinnamon was mine. She had a bit of a diva attitude with others, but she was really very sweet with me.

Lady was a beautiful older Welsh pony that we had, too, but unfortunately she died when she ate too much clover and foundered. A few years ago, Haylie and I were going through our photo albums of us with the ponies and we recalled how gentle Lady really was with us. Right then and there, both of us realized how lucky we were to grow up with horses.

I think having a special animal in your life can help anyone learn to appreciate nature more. And a horse can become your best friend, just like a dog. Both have a strong sense of loyalty. Of course, it's hard for some people to have horses because they may not have enough space to keep them. When I was eight or nine, we moved to Los Angles and we could no longer have horses, so we gave the ponies to some family friends. But I still ride, and two years ago I started taking lessons again at the Equestrian Center in Burbank. With everything happening for me now, my schedule is so busy, but I do find time to go with my friends to the Equestrian Center for a trail ride sometimes. There's nothing I love more than getting out of the city environment and having some fun.

I feel so fortunate to be in a position where young people maybe see me as a role model. It's important for kids to know that they can make a positive difference. It's very cool that they see me on TV and say, "Oh, she's really cool and I want to be like her." My sister is my role model. I also look up to people who are involved with organizations that are helping people or animals. When I first heard how the group Return to Freedom is protecting wild mustangs that no longer have land to roam around free, I knew that I wanted to get involved with this cause. It is so great that the mustangs have this land where they can still be wild. If their land and freedom were taken away for good, these wild horses would be in real danger of becoming extinct—and we must not let that happen. I'm helping Return to Freedom get more land so that they can rescue and bring more horses to the sanctuary.

Another charity that I work with is Kids with a Cause. It's a grassroots organization that matches celebrity children with youngsters who are poor, in foster care, or sick. It would be so great to bring some of them to Return to Freedom. Horses, especially the wild ones, are so mysterious and intriguing that you feel invincible and get such a rush when you are riding them. I'd like these kids to feel that.

As for me, when I am older I want to have my own ranch with horses. And when I have children I definitely want horses to be a part of their lives, just as they've been an important part of mine."