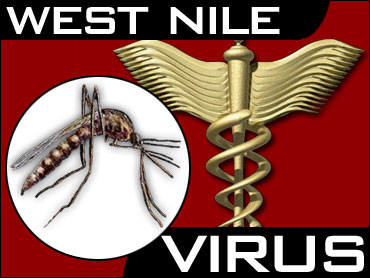 Federal officials are cautioning doctors and other health workers not to confuse West Nile virus and a mild illness commonly known as viral meningitis that has appeared this summer in outbreaks across the country.

Seven states — Arizona, California, Georgia, Idaho, Oregon, South Carolina and Texas — have reported an unusually high number of viral meningitis cases this year. About 20 other states also have reported cases of the mild viral disease, the Centers for Disease Control and Prevention reported Friday in its journal Morbidity and Mortality Weekly Report.

"The seasonal occurrence (for viral meningitis) is similar to what we would see with West Nile, so there is the opportunity to potentially confuse what the cause of the illness is," said Dr. Stephen Ostroff, deputy director of the CDC's National Center for Infectious Diseases.

Most patients recover from viral meningitis in a week. Severe illness and death is uncommon, the CDC said.

West Nile virus is spread by bites of mosquitoes that have fed off of an infected bird.

Viral meningitis is spread to others when people do not properly wash their hands after using the restroom. It also may be spread by sharing food, utensils or even lip balm, said Katherine Bryant, a Georgia Division of Public Health epidemiologist and an author of the CDC report.