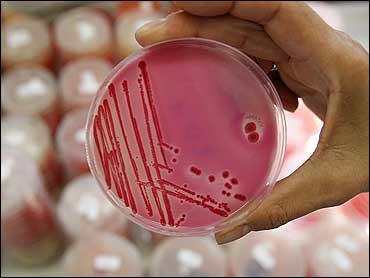 Pet frogs are being blamed for a national salmonella outbreak that sickened at least 48 people.

The Centers for Disease Control and Prevention reported the outbreak Monday.

Pet reptiles have been fingered as a source of salmonella infection before. At least 107 people were sickened in a recent outbreak blamed on turtles.