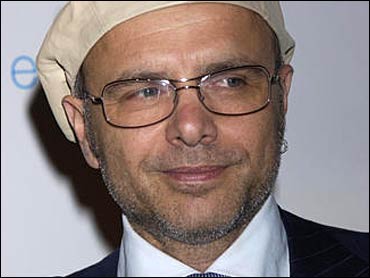 Top-rated CBS will make some bold changes in the fall, moving two of its most popular shows and adding seven series, including three crime-fighting dramas, to a schedule already heavy with them.

The new series include Joe Pantoliano, the actor who lost his head in "The Sopranos," as an FBI agent and Charlie Sheen as a bachelor with a Malibu beach house.

CBS will end the current season as the nation's most popular broadcast network, with its widest margin of victory since 1993. CBS is third behind NBC and Fox among the advertiser-friendly 18-to-49-year-old demographic, with the gap narrowing.

In the fall, CBS will shift "The King of Queens" from Monday to Wednesday, and bump "JAG" from Tuesday to Friday.

"We are being aggressive," said Leslie Moonves, CBS chief executive. "We aren't being complacent here. But we think the risks are smart ones."

With "CSI: Crime Scene Investigation" the nation's favorite program, CBS is riding the genre hard. Moonves describes the new "Navy CIS," about special agents fighting crimes within the military, as a cross between "JAG" and "CSI." It will take the time slot "JAG" is vacating.

CBS is also abandoning comedy on Sundays for "Cold Case," a drama about a Philadelphia detective assigned to track unsolved crimes. Jerry Bruckheimer, the same person behind "CSI" and "Without a Trace," is the creator.

The strong ratings of "CSI: Miami" and "Without a Trace" prove there's an appetite for the genre, Moonves said.

"There's a lot of crime," he said. "But crime is still working."

"Becker" and "My Big Fat Greek Life" were canceled. But CBS decided to stick by its Sunday night movie despite sagging ratings. "The Agency" was canceled, with "Hack" moving to Saturday night. "Star Search" wasn't on the schedule, but may return in a limited run.

With "Touched By an Angel" recently ending its long run, CBS is introducing "Joan of Arcadia," about a teenage girl who has sudden, unexpected conversations with God. Joe Mantegna and Mary Steenburgen play her parents.

"This is not `Touched By an Angel,' let me emphasize that," Moonves said. "It's a family drama with a twist. It's a hard one to describe."

Moonves also said he's hoping for a longer term relationship with "Everybody Loves Raymond" star Ray Romano, who recently signed a reported one-year deal to stay with CBS' most popular comedy for a record-setting $1.8 million an episode.

"They have said that it might be the last year," Moonves said. "We're hoping that it's not."

Sheen's comedy, called "Two and a Half Men," will move into the time slot behind "Everybody Loves Raymond." Jon Cryer co-stars as Sheen's newly-divorced brother. Moonves boasted that it will be the best new comedy on any network's schedule.