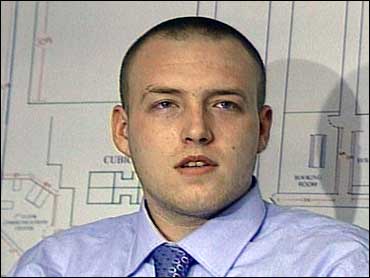 Marcus Allen, one of the most honored running backs in NFL history, retired today after 16 years to take a job as a national television commentator for CBS.

"Football has basically been my life," Allen said, breaking down at a news conference at Arrowhead Stadium. "I feel like I'm the luckiest guy alive. You get to live what you want to do."

"The records, of course, I'm proud of, but my God, it's the people, that's what it's really about."

"Every time he scored a touchdown, there was no dance, there was no demonstration. He simply handed the ball to the official and said, `I'll be back real soon,"' Peterson said.

"When he came to us in 1993, it was my personal hope that he would play three years," Peterson said. "To our great satisfaction, he has given us five outstanding years."

The 38-year-old back, who holds the NFL record for rushing touchdowns with 123, has had a popular weekly show with the CBS affiliate in Kansas City.

Allen told Chiefs coach Marty Schottenheimer last week while golfing in Las Vegas that he would return for a 17th season, but he resumed negotiations with CBS, which has regained NFL rights after a four-year absence.

Schottenheimer has coached Allen for four years and has called him the "most complete back in NFL history."

"When I reflect back on all of the players I have seen play the game both as a player and a coach I don't think I have seen a better football player than Marcus Allen," Schottenheimer once said.

"He is a guy who down after down, game after game, runs, blocks, catches, subordinates his own self-interest to that which is the best interest of the team. He may not have a bigger fan than me. I think Marcus Allen is as fine a player as has ever played the game."

Allen's longevity is credited in part to his peripheral vision and his cutting ability, meaning he rarely took a direct hit. Allen also is a strong blocker.

After a superb career with the Raiders, Allen feuded with team owner Al Davis. Allen came to Kansas City after languishing in Los Angeles for two seasons.

Allen immediately became as popular in Kansas City as Joe Montana, another player signed at the end of his career by Peterson.

Montana and Alln were big favorites with the fans, but Allen probably had a greater effect on the field for the Chiefs. Time and again, it was Allen who was called on in key short yardage situations, and time and again he responded.

Allen gained 505 yards on 124 rushes last season. He scored 11 touchdowns in running up his record total.

His retirement creates a hole at running back for the Chiefs, who released former first-round draft choice Greg Hill.

The Chiefs have Donnell Bennett and Kimble Anders and talked about converting Tamarick Vanover from wide receiver to running back. Vanover has excellent speed and moves, but somehow has been unable to get himself open as a receiver.