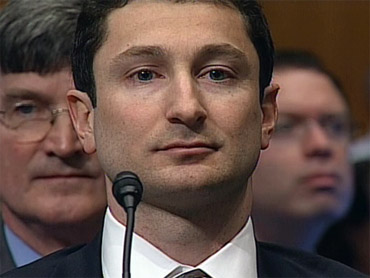 Below is the text of the CBS News statement on its use of documents purportedly written by President Bush's National Guard commander:

Bill Burkett, in a weekend interview with CBS News Anchor and Correspondent , has acknowledged that he provided the now-disputed documents used in the Sept. 8 "60 Minutes Wednesday" report on President Bush's service in the Texas Air National Guard.

Burkett, a retired National Guard lieutenant colonel, also admits that he deliberately misled the CBS News producer working on the report, giving her a false account of the documents' origins to protect a promise of confidentiality to the actual source.

Burkett originally said he obtained the documents from another former Guardsman. Now he says he got them from a different source whose connection to the documents and identity CBS News has been unable to verify to this point. Burkett's interview will be featured in a full report on tonight's CBS Evening News with Dan Rather (6:30-7:00 p.m., ET/PT).

In light of this and other developments reported by CBS News and other news organizations, CBS News President Andrew Heyward issued the following statement:

"'60 Minutes Wednesday' had full confidence in the original report or it would not have aired. However, in the wake of serious and disturbing questions that came up after the broadcast, CBS News has done extensive additional reporting in an effort to confirm the documents' authenticity.

That included an interview featured on last week's edition of "60 Minutes Wednesday" with Marian Carr Knox, secretary to the late Lt. Col. Jerry Killian, the officer named as the author of the documents; the interview with Bill Burkett to be seen tonight; and a further review of the forensic evidence on both sides of the debate.

Based on what we now know, CBS News cannot prove that the documents are authentic, which is the only acceptable journalistic standard to justify using them in the report. We should not have used them. That was a mistake, which we deeply regret. Nothing is more important to us than our credibility and keeping faith with the millions of people who count on us for fair, accurate, reliable, and independent reporting. We will continue to work tirelessly to be worthy of that trust."

CBS News and CBS management are commissioning an independent review of the process by which the report was prepared and broadcast to help determine what actions need to be taken. The names of the people conducting the review will be announced shortly, and their findings will be made public.