The surprise wasn't that CBS retained the television rights to the NCAA men's basketball tournament. It was the $6 billion figure that was staggering.

CBS, which has broadcast the Final Four since 1982, ensured that the event will continue on the network well into the next millennium after agreeing to a blockbuster $6 billion, 11-year deal on Thursday.

The contract, in which the NCAA holds an option after eight years, more than doubles CBS' $1.73 billion, seven-year pact that runs through 2002. The deal begins in 2003 and averages about $545 million a year.

"There is no more important an event at CBS, not just sports, than the men's basketball tournament," said CBS Sports president Sean McManus. "There has been no higher priority than renewing this relationship."

CBS, left out of last week's NASCAR TV contract, outbid Disney's ABC-ESPN and Fox. Both Disney and Fox had cable components to their bids.

CBS said there are no immediate plans to put the tournament on cable television.

"Right now, for the foreseeable future, our plan is to keep it on free over-the-air," McManus said. "But we own the cable TV rights if we want to explore the possibilities."

The NCAA, which heard formal presentations Wednesday and Thursday at the NCAA's Indianapolis headquarters, explored other network offers after dealing exclusively with CBS until August.

"We had an exclusive window with CBS, and our discussions never stopped," NCAA president Cedric Dempsey said. "But it was very important to our membership that we explore all our alternatives."

ABC-ESPN was believed to be CBS' main competitor after losing out on NASCAR last week. ESPN is also in danger of losing its regular-season package with major league baseball over a dispute scheduled to go to court on Dec. 6.

Although Fox lost out on this deal, the network landed the first half of NASCAR's $2.4 billion, six-year agreement last week and also has the NFL and major league baseball. NBC and TBS share the other half of NASCAR.

Industry sources told The Associated Press that Fox,'s bid was about $1 billion less than CBS' offer. It was uncertain how much Disney offered.

The three weeks of basketball will cost CBS more than an entire season of football, not counting for inflation. The network agreed to a $4.1 billion, eight-year deal with the NFL in 1998.

"That reaffirms my belief in the increasing value of major sports properties," said former CBS Sports president Neal Pilson, who runs a consulting firm. "But the deal was $1 billion higher than I thouht."

McManus said CBS has an agreement to work with Host Communications for the marketing rights. However, the deal has not been finalized.

The NCAA men's championship game between Connecticut and Duke last season drew the lowest rating ever on CBS, 17.2. The overall tournament mark of 6.8 also was a record low.

Ratings have fallen 28 percent this decade, a bigger drop than the Super Bowl, World Series or NBA Finals. But while the rating for the title game was low, it had a larger audience than most sports programming.

However, the early rounds are far from a ratings winner. CBS posted numbers in the 5s for the first two rounds, and in the 7s for the regionals.

In less than three years as president of CBS Sports, McManus has returned the network to prominence. He acquired the rights to AFC football, retained the most comprehensive golf package, including the Masters and PGA Championship, and now kept the NCAA tournament.

As for the NCAA, the agreement almost certainly ensures it will remain intact with all its power. Major conferences, such as the Big Ten and SEC, have had informal discussions about breaking away in recent years.

The major schools for decades have resented being lumped with smaller programs that don't make money, but get some of the revenue generated by the major powers. Now, though, there should be enough money to make everyone happy.

"The revenue for this agreement would still not put all the athletic programs in the black to make money," Dempsey said.

The NCAA is the latest organization to more than double its TV rights fees in the last two years.

Baseball might open up negotiations on its new TV deal this winter. The sport just completed the fourth year of a $1.7 billion, five-year pact with Fox, NBC and ESPN. 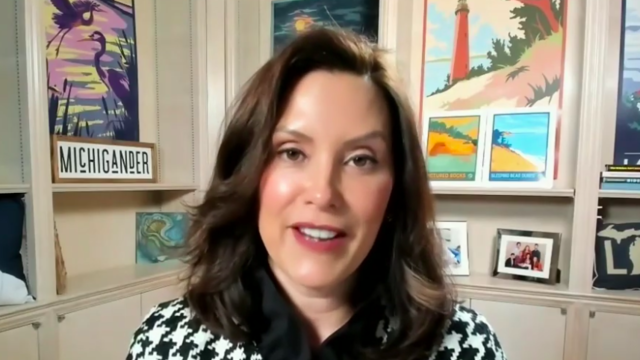