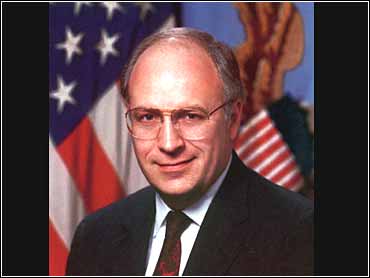 Former Secretary of Defense Dick Cheney, George W. Bush's choice for the Republican vice-presidential nomination, is favorably regarded by voters, and most think he can be a good vice president. But, so far at least, his selection has had little impact on voter preference in the race for the White House.


Nor has Cheney’s selection done much to boost views of Bush among voters. Forty-four pecent of registered voters had a favorable image of Bush earlier this week; now, 46 percent do. Sixty-six percent thought Bush had strong qualities of leadership, and 68 percent do now.

There is also little indication that the selection of Cheney has made much of an impact in the area of his strength - foreign policy. The percentage of voters who say they now have confidence in Bush's ability to handle an international crisis has not changed significantly as a result of Cheney’s selection – it was 46 percent earlier this week and is 48 percent now.

Despite his tenure in national office, few voters know enough about Cheney to have much of an impression of him – 52 percent haven#146;t heard enough to have an opinion. Twenty-eight percent of voters have a favorable image of him, 10 percent say they are unfavorable. In 1991 at the end of the Persian Gulf War, when Cheney figured more prominently in the nation’s attention, 60 percent of voters had a favorable view of him.

Despite the fact that few voters know much about him, overall Cheney is viewed as a strong running mate for Bush. Sixty-one percent of voters think he has the right experience to be vice president. Thirty-nine percent of voters are glad Bush named Cheney as his running mate, and only 22 percent wish Bush had chosen someone else.

This poll was conducted by telephone July 27, 2000, among 417 registered voters previously interviewed July 20-23, 2000. The error due to sampling could be plus or minus five percentage points for results based on the entire sample.
View CBS News In
CBS News App Open