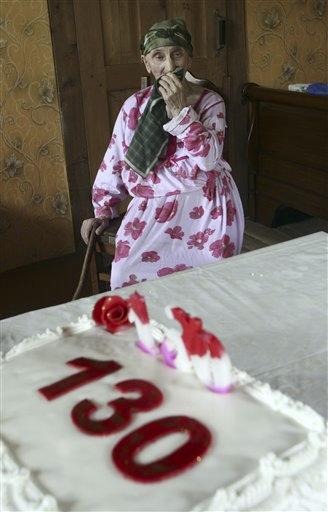 Four CBS News employees, including three executives, have been ousted for their role in preparing and reporting a disputed story about President Bush's National Guard service.

The action was prompted by the report of an independent panel that concluded that CBS News failed to follow basic journalistic principles in the preparation and reporting of the piece. The panel also said CBS News had compounded that failure with a "rigid and blind" defense of the 60 Minutes Wednesday report.

"We deeply regret the disservice this flawed 60 Minutes Wednesday report did to the American public, which has a right to count on CBS News for fairness and accuracy," said CBS President Leslie Moonves.

The panel said a "myopic zeal" to be the first news organization to broadcast a groundbreaking story about Mr. Bush's National Guard service was a key factor in explaining why CBS News had produced a story that was neither fair nor accurate and did not meet the organization's internal standards.

The report said at least four factors that some observers described as a journalistic "Perfect Storm" had contributed to the decision to broadcast a piece that was seriously flawed.

"The combination of a new 60 Minutes Wednesday management team, great deference given to a highly respected producer and the network's news anchor, competitive pressures, and a zealous belief in the truth of the segment seem to have led many to disregard some fundamental journalistic principles," the report said.

The piece was aired during a tight and hotly contested presidential race between Mr. Bush and Democratic challenger Sen. John Kerry. The timing of the story prompted charges of political bias against CBS News.

While the panel found that some actions taken by CBS News encouraged such suspicions, "the Panel cannot conclude that a political agenda at 60 Minutes Wednesday drove either the timing of the airing of the segment or its content."

The story, which aired last Sept. 8, relied on four documents allegedly written by one of Mr. Bush's Texas Air National Guard commanders in the early 1970s, Lt. Col. Jerry Killian, who is now dead. Questions about the authenticity of the documents were raised almost immediately.

Some critics said the documents were most probably forgeries prepared on a modern word processer. Other critics questioned whether Killian would have - or could have - written them.

The documents suggested that Mr. Bush disobeyed an order to appear for a physical exam, and that friends of the Bush family tried to "sugar coat" his Guard service.

After a stubborn 12-day defense of the story, CBS News conceded that it could not confirm the authenticity of the documents and asked former Attorney General Dick Thornburgh and former Associated Press President Louis Boccardi to conduct an independent investigation into the matter.

Their findings were contained in a 224-page report made public on Monday. While the panel said it was not prepared to brand the Killian documents as an outright forgery, it raised serious questions about their authenticity and the way CBS News handled them.

The panel identified 10 serious defects in the preparation and reporting of the story that included failure to obtain clear authentication of the documents or to investigate the controversial background of the source of the purported documents, retired Texas National Guard Lt. Col. Bill Burkett.

The producer of the piece, Mary Mapes, was also faulted for calling Joe Lockhart, a senior official in the John Kerry campaign, prior to the airing of the piece, and offering to put Burkett in touch with him. The panel called Mapes' action a "clear conflict of interest that created the appearance of political bias."

The panel noted that the Guard segment was rushed on the air only three days after 60 Minutes Wednesday had obtained some of the documents from Burkett and that preparation of the piece was supervised by a new management team of executive producer Josh Howard and senior broadcast producer Mary Murphy.

A key factor in the decision to broadcast the piece was a telephone conversation between Mapes and Maj. Gen. Bobby Hodges, Killian's commanding officer during the period in question. Mapes told the panel Hodges confirmed the content of the four documents after she read them to him over the phone.

Hodges, however, denied doing so. He also told the panel he had given Mapes information that should have raised warning flags about the documents, including his belief that Killian had never ordered anyone, including Mr. Bush, to take a physical.

Hodges said that when he finally saw the documents after the Sept. 8 broadcast, he concluded they were bogus and told Rather and Mapes of his opinion on Sept. 10.

"This alleged confirmation by Major General Hodges started to march 60 Minutes Wednesday into dangerous and ultimately unsustainable territory: the notion that since the content of the documents was felt to be true, demonstrating the authenticity of the documents became less important."

Mapes' telephone conversation with Hodges was part of a vetting process that the panel concluded was wholly inadequate, largely because it had to be done so quickly. The key executives vetting the piece were West, Howard, and Murphy.

After rushing the piece to air, the panel said, CBS News compounded the error by blindly defending the story. In doing so, the news organization missed opportunities to set the record straight.

"The panel finds that once serious questions were raised, the defense of the segment became more rigid and emphatic, and that virtually no attempt was made to determine whether the questions raised had merit," the report concluded.

The panel believes a turning point came on Sept. 10, when CBS News President Andrew Heyward ordered West to review the opinions of document examiners who had seen the disputed documents and the confidential sources supporting the story.

But no such investigation was undertaken at that time.

"Had this directive been followed promptly, the panel does not believe that 60 Minutes Wednesday would have publicly defended the segment for another 10 days," the report said.

The panel made a number of recommendations for changes, including: