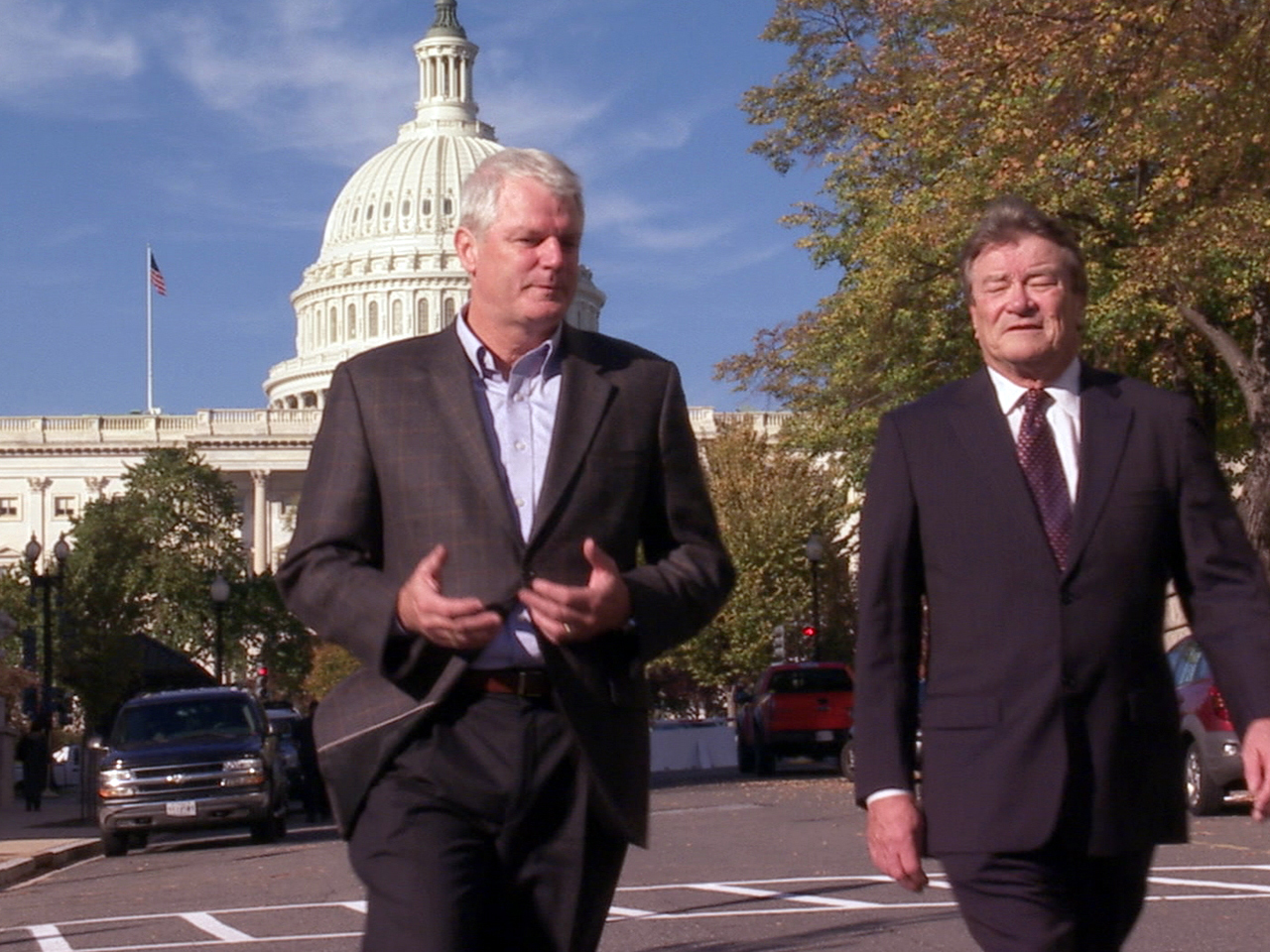 (CBS News) CBS News won all three awards given by The Radio and Television Correspondents Association at its 68th annual dinner in Washington Friday evening. One of the awards went to a 40-year veteran of the CBS Washington bureau, cameraman George Christian, who won for lifetime achievement. The other two went to 60 Minutes correspondent Steve Kroft and CBS News foreign correspondent Clarissa Ward for unique and impactful reporting.

Kroft and his team won the Joan Shorenstein Barone Award for his November 2011 60 Minutes reporton insider trading in the U.S. Congress. The award, named for the former executive producer of CBS News Face The Nation, is given for excellence in Washington-based reporting on congressional and political affairs. The winning report,"The Insiders," drove the passage of the House and Senate versions of the STOCK ACT (Stop Trading on Congressional Knowledge). The law forbids members of Congress from benefiting financially from non-public information learned in congressional work, ending a longstanding conflict of interest. "The Insiders" will also win a New York Press Club award this evening for best political television reporting.

Ward and her team won the David Bloom Award for her intrepid reporting from Syria for the CBS Evening News with Scott Pelley. Named in honor of the NBC News correspondent who died suddenly while covering the war in Iraq, the award is for excellence in enterprise, investigative or feature reporting. Ward was recognized for sneaking into Syria and reporting the story (and sometimes videotaping it too) of government violence against Syrian citizens, one of the few Western journalists, including the BBC's Paul Wood, who shared the award with her, to report independently from inside the dictatorship. Ward's series of reports from inside Syria, broadcast last December, was also the recipient of a Peabody Award.

Christian has wielded a camera for CBS News in Washington from the Watergate years to the present, covering the administrations of eight presidents with abiding professionalism that made him a favorite of several of those presidents. Christian has seen and recorded much of the nation's history over four decades, including when he was one of just three people in the Oval Office as the CBS News camera pool broadcast the resignation speech of President M. Richard Nixon an accompanying President George W. Bush on Air Force One on September 11, 2001. Christian won the Jerry Thompson Memorial Award named for the recently deceased CNN cameraman who embodied the best of journalism.

Credits for the 60 Minutes report, "The Insiders":

Credits for Syria series on the CBS Evening News: