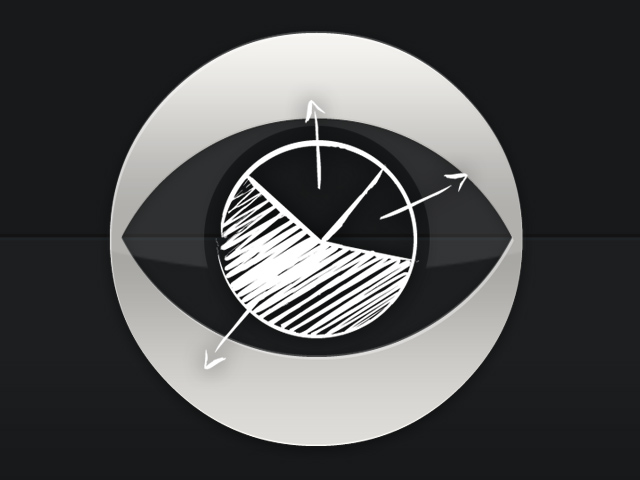 Who do we talk to?

Most CBS News/New York Times surveys are done by telephone. Anyone 18 years or older living in the continental United States is eligible to participate in our surveys.

How do we choose the people we interview?

In a nutshell, we choose the people we interview completely at random. We do not choose our respondents based on their age, race, political philosophy, or any other characteristic.

In fact, when we reach people at home, we have no idea who they are or what categories they fall into. We only know one thing about them - their telephone number.

How do we get those telephone numbers?

A computer chooses the telephone numbers of these people for us, and it does so essentially at random.

The process that the computer uses is called "random-digit dialing." We tell the computer the area code and the exchanges of every telephone in the United States. First the computer chooses a group of area codes and exchanges at random. Once it selects these exchanges, it then picks the last four numbers effectively by chance.

Why do the telephone numbers have to be random?

We go to great lengths to make sure that the numbers are picked as randomly as possible. Why is that important? It assures that we get old and young people, rich and poor people, conservative and liberal people - and everybody in between.

But here's the important part: your neighbors would also have exactly that same chance of being selected. Everyone in your neighborhood has the same chance as everyone else of being called in our survey. And the same is true of everyone with a telephone in the United States. That's why we can say that our surveys generally represent the opinions of the whole country.

Do people with unlisted telephone numbers get called too?

Yes, and so do people who have moved recently but whose numbers are not in the telephone book. By picking telephone numbers at random, we don't have to rely on telephone books to choose our respondents.

Anyone with a telephone in his or her home or a cell phone has an equal chance of being called by our interviewers. That only leaves out the few people in the United States who do not have telephones, and those people make up a small portion of the public.

What about people who only have cell phones?

A sizable segment of Americans are reachable only on a cell phone - they have no landline phone anymore -- and their numbers are growing. In order to make sure we reach a representative sample of the population, we need to include people who are reachable only by cell phone. Since 2008, our polls have included samples of both landline telephone numbers and cell numbers. We call cell phones as well as landline phones in every poll we conduct.

Who do we talk to in each household?

Once we pick a telephone number and call it, our random selection procedure is not finished. The last step is to decide which individual in the household we want to talk to. Once again, we want to make sure that everyone has an equal chance of being interviewed.

We ask two questions about the people in the household: how many live there, and how many are women. Then we pick who we want to interview by using a formula which changes every time we make a new call. Until we hear the answers to those two questions, we don't know who we will want to speak with. That extra little bit of chance makes sure that we contact everyone in the country - even long-suffering parents whose children always rush to the phone when it rings.

When I'm called, how do I verify it's a real CBS News poll?

If you have been contacted to participate in a CBS News Poll and want to verify the poll's legitimacy, the number to call is 1-800-245-POLL (7655).

At the end of our surveys, we find sometimes that we have questioned too many people from one group or another. Older people, for example, tend to be at home to answer the phone more than younger people, so there is often a greater percentage of older people in our surveys than exists in the American public.

When that happens, we take great pains to adjust our data so that it accurately reflects the whole population. That process is called "weighting." We make sure that our final figures match U.S. Census Bureau breakdowns on age, sex, race, education, and region of the country. We also "weight" to adjust for the fact that people who share a phone with others have less chance to be contacted than people who live alone and have their own phones, and that households with more than one telephone number have more chances to be called than households with only one phone number.

So when we add up all the answers to our questions, we know that no one's opinion counts for more than it should. When you see one of our poll results on TV or in the newspaper, you know that it does not show the opinions of only one or two groups of Americans.

How many people do we call?

We generally talk to about 1,000 people in each of our surveys, although that number varies from a low of 600 to a high of 2,000. We will always report the number of people we have called when we release a poll in The New York Times or on a CBS News program.

How can so few people represent millions of Americans? The answer is that we draw a random "sample" of the whole public. Basic math tells us that if we follow the procedure outlined above, our "sample" will be an almost perfect replica of the whole country.

What is the "margin of error"?

Notice that our sample is an almost replica. There is a catch: we must make a trade-off when we choose to interview 1,000 people instead of 200 million.

That trade-off is the "margin of error." Since we are talking to relatively few people, we can only say that our results are correct 95 percent of the time, give or take a few percentage points.

For example, let's say that you see a CBS News story which says that 75 percent of the public has read a book in the past month. A graphic on the screen has a line that reads: "Margin of Error +/- 3 percentage points." That means that if we asked all 200 million Americans the same question, we are 95 percent sure of getting a result anywhere between 72 percent and 78 percent. Since there would be just as much chance that the real figure was 75 percent, we report that figure. And our conclusion that Americans read a lot would stand regardless of that real figure.

Sometimes you will see a story which says that a certain election or public opinion question is "too close to call." That is due to the margin of error. Suppose Candidate A has 51 percent in our poll and Candidate B has 49 percent -- but the margin of error is three percentage points. Since the difference between the two candidates is smaller than the margin of error, each is as likely to win as the other.

You will notice that when the margin of error prevents us from saying for certain who would win, we will not do so. That's why we will always tell you the margin of error in stories about our polls on CBS News and in The New York Times -- so you can tell for yourself if our results are correct or if they are "too close to call."

Why are you never called?

The answer is simple: there are about 200 million adult Americans, and we only talk to a few thousand every year.

But you should realize by now that if we don't talk to you, we talk to people just like you. Everyone has the same chance of being called, and people who think and live like you will wind up in our survey.

And if we do happen to call you in the future, remember that you will represent the people just like you who are not in our sample. If you want their voices heard as well as your own, please take the time to answer our questions.

Sarah Dutton is the CBS News director of surveys.